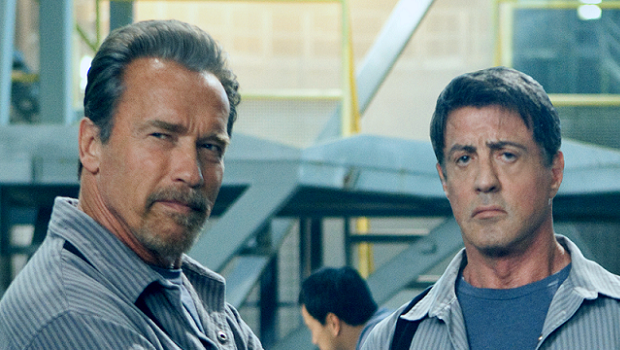 Lionsgate has been kind enough to announce the release dates for not one but two Sylvester Stallone films currently in the works – The Expendables 3 and Escape Plan.

The former is the third entry in Stallone’s stellar ensemble action property and, as has been the case to date with this franchise, the film will be hitting screens on August 15th , 2014. Although Arnold Schwarzenegger’s alliance with Stallone is still unknown Jason Statham, Jackie Chan, Wesley Snipes, Nicolas Cage and Milla Jovovich are just some of the names currently attached to the threequel, directed by Patrick Hughes (Red Hill). Further casting updates are expected before the film starts shooting.

The other film in question, Escape Plan (previously known as Exit Plan and The Tomb), does indeed involve Schwarzenegger and has been bumped from a September 13 release date to October 18, pitting it against the likes of Carrie, Don Jon and Seventh Son. Escape Plan is directed by Mikael Håfström (Derailed, The Rite) and follows the exploits of a security expert (Stallone) finding himself having to escape from a state-of-the-art hi-tech prison built to his own specifications. Schwarzenegger will play an inmate at the secret facility, starring alongside quite the ensemble cast with the likes of Jim Caviezel, Curtis “50 Cent” Jackson and Vinnie Jones.

We’ll leave you with an interview with both Stallone and Schwarzenegger, dressed as inmates, as they chat about Escape Plan for Entertainment Tonight.