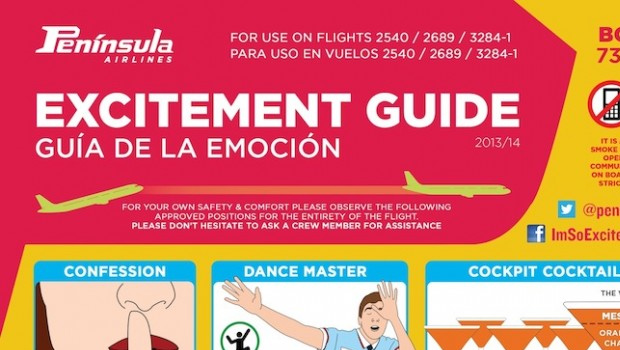 Prior to the release of the latest Pedro Almodovar film, I’m So Excited (Los Amantes Pasajeros), is released in UK cinemas on 3rd May, we would like to share a comical graphic with you to celebrate some of the cheekier elements of the film.

I’m So Excited is a comedy set on a doomed plane flying to Mexico City. When in the face of danger, the flamboyant flight attendants and chief steward try to put all of their personal problems out of mind and go all out in an attempt to ensure all the passengers continue to enjoy  their flight as they wait for a solution. This long haul flight just goes to show how a high flying life is just as complicated as it is with your feet firmly on the ground, and the exact same two reasons: sex and death.

Here’s the graphic as promised, followed by the trailer for I’m So Excited with cameo appearances from Antonio Banderas and Penelope Cruz. 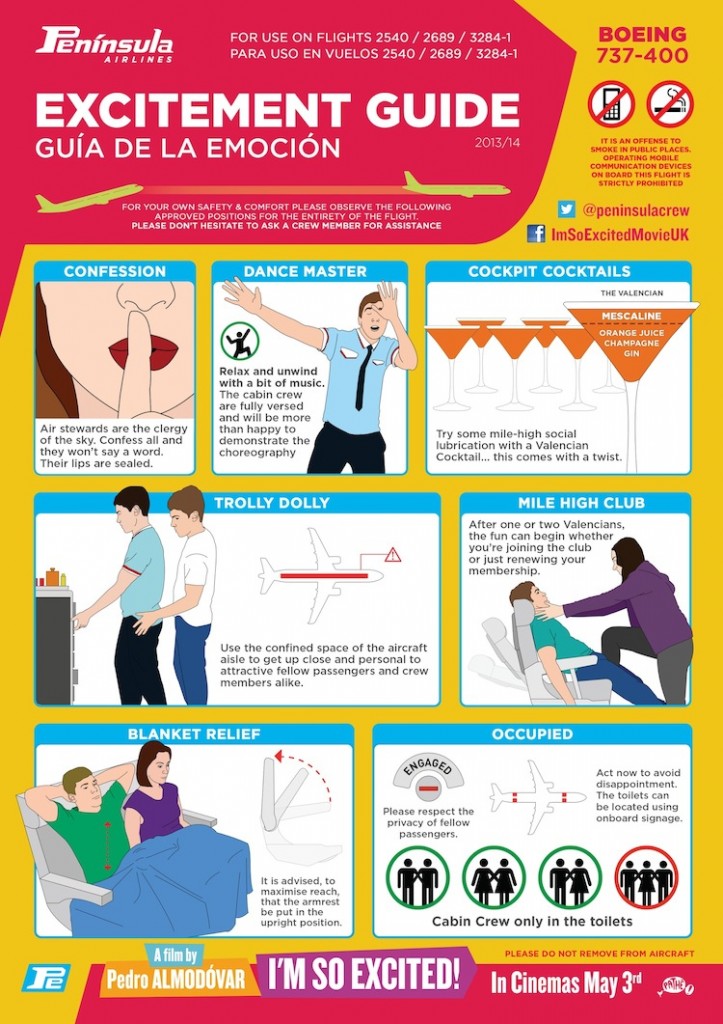