Andrew Traucki Talks The ABCs of Death and The Jungle 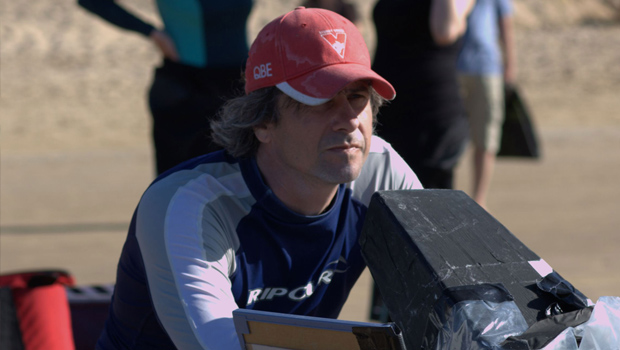 So today is Cinema Sauce’s ABCs of Death day with various Director interviews being published over the next few hours. First up is Andrew Traucki. His debut feature film Black Water was a great new take on the killer croc movies with his unique trademark carried across in the follow-up The Reef, turning his hand from crocodiles to great white sharks. The third film in this nature trilogy, going by the name of The Jungle, is now completed and almost ready for release. Before that though, Andrew directed the “G is for Gravity” segment in The ABCs of Death and he was kind enough to speak to us to answer a few questions about both of his upcoming releases.

So the ABC’s of Death is out on Friday here in the UK. Although you did actually direct a series of shorter films back in the 90s, Rocky Star, you have now made a name for yourself with the recent full length feature films Black Water and The Reef. How was it that you got involved in directing the short “G for Gravity”?

Well it was really odd actually. It sort of just popped up out of the blue as I received an email asking if I would like to be a part of the project. I wasn’t too sure about it at first, mainly because my short would be featured slap bang in the middle of another 25 shorts that I had no idea about so it would mean going into it with absolutely no context whatsoever.

So at first I wasn’t shouting “wahey” and also I was hard at work filming my next film The Jungle but within about half an hour or so I decided it sounded like a fun idea.

So once you’d decided you were going to do it did you already have a few ideas as to what you wanted to film or did it take some time to get your head around a story?

I had a lot of ideas but I was literally really pressed for time and money and a lot of the other shorts are a lot grander than mine basically because I just really didn’t want to get too distracted from The Jungle. That aside, coming up with a short story is just as hard as a full length film so in the end, after idea, after idea, after idea I settled for something I felt I could do justice to given the limitations.

Also short films, especially in Australia, tend to be very jokey affairs so it was difficult to come up with something to tie in with the common denominator of all the ABCs of Death shorts.

So, talking of you latest film to be released hopefully sooner rather than later, The Jungle is the third part of what you call the “Traucki Trilogy of Terror”. You dealt with the mangrove swamps and crocodiles in Black Water and Great White Sharks in the Great Barrier Reef in The Reef and your next film looks to follow in exactly the same fashion. What lies behind your fascination with nature and choosing probably the least favourable conditions a cast and crew could ever wish for?

Well, even as a kid you always put yourself in the position of the characters in a film, imagining what actions you would take if you got yourself in those predicaments. I’ve always loved that kind of idea and then it really started to unfold with the first film, Black Water. I discovered this really great true story that needed to be told and this happened again with The Reef so I just thought right, we might as well make a trilogy out of this one. At the end of the day, I just love survival films, especially primitive films where people have to deal with big animals, setting people on a hard place on a rock really.

Exactly, but these settings must have been just so challenging when it came to actually filming them surely?

Yeah, I must same I’m pretty stupid in that sense as I choose the worst filming environments possible. For me, The Reef was by far the hardest film to do as we were in salt water for ten hours a day, six days a week for four or five weeks. The human body just isn’t prepared for that kind of thing. In the end everyone had different kinds of sores and various problems – very harrowing conditions. Mind you, I’m sure filming a drama in someone’s house will be a walk in the park for me now.

So what can we expect from you after The Jungle? Have you got another trilogy under wraps?

Oh yeah. We should keep it going for a sextology. (laughs) No. It all depends on the right script really. I’m a big fan of action and sci-fi so I’m sort of looking into those genres right now.

Your films have had global releases so has the thought of going to the US to make a film ever crossed your mind at all?

Well it’s interesting actually because when I did Black Water six years ago I probably should have gone to be honest. Having said that, I have a lot of film-maker friends who came back from the US dissatisfied mainly because so many people want to break into the film industry over there. Apart from that, it would also really be a case of having to live out there and I have a family here now so if I’d been say 15 years younger then I probably would think twice about it but I just didn’t think it would pop for me at that time.

Before I go, all this talk of The Jungle has got me really anxious to see it. Please tell me it’s coming over to the UK.

Well first we’re taking it to Cannes in May and then it really just depends on each territory. I think it’s due to be released in Australia in July or August and I’m happy to say that it has been sold to the UK already so you should be seeing it reasonably soon. The selling part is out of my hands really but the UK have definitely bought it.

Thanks to Andrew for speaking to Cinema Sauce. For further information about The ABC’s of Death, out in Cinemas tomorrow, visit the Facebook page. For any more details about The Jungle you can also visit the official Facebook page for that too.

We’ll leave you with a trailer for The ABCs of Death and a first look video of The Jungle.