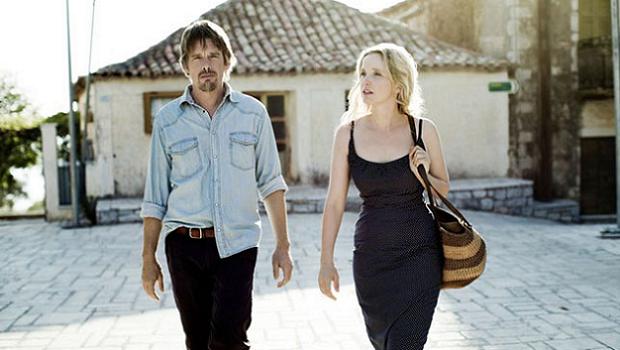 Richard Linklater has been beguiling us since 1995 (that long!) with the Before Sunrise  series and it will  now finally come to a conclusion with Before Midnight.

Eighteen years after Celine and Jesse’s first chance meeting on a train, Before Midnight fast-forwards from 2004’s Before Sunset, which ended on a poignant moment of indecision for the two lovers. The will-they-or-won’t-they story has now played out and they are firmly a couple, living together and raising twins.

The focus has appropriately shifted to their life together, which typically is not without its ups-and-downs.  The trailer shows them on holiday in Greece, and in typical Linklater fashion, the cinematography is sumptuous. Julie Delpy and Ethan Hawke seem to barely have aged, even as they bicker about everyday matters.

It remains to be seen if the film can recapture the magic of the previous films, which were so enthralling as they side-stepped the daily ins and outs of love and instead bottled up the best bits of holiday romancing.

The screenplay is once again co-written with the two leads. Delpy herself is excellent at creating a micro-story, with 2007’s 2 Days in Paris traversing similar ground but in a refreshing way that was smart, edgy and as un-Parisian as you could get.

Before Midnight looks to be a worthy ending to what began as a fleeting story, provided that the parenting talk and nappy chat is kept to a minimum. The film will be released in the UK on June 21.