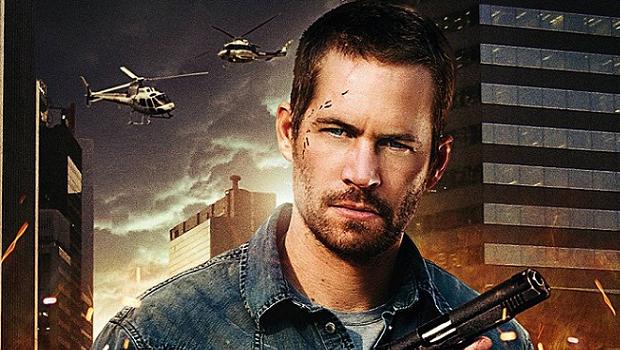 Next week sees the DVD and Blu-ray release of the action thriller Vehicle 19 starring Paul Walker as an American tourist in Johannesburg who gets caught up in quite a conspiracy as he rents the wrong car, at the wrong place and the wrong time. This fast-paced action thriller is directed by South African filmmaker Mukunda Michael Dewil, follwing his 2011 debut, the dark and violent Retribution. Mukunda was kind enough to spare a few moments of his time provide a bit of insight into his experience working on Vehicle 19 alongside Paul Walker and little did I know just how much more both Mukunda and Paul Walker have in store for audiences in the near future. Read on to find out.

Thanks for speaking to us Mukunda. So Vehicle 19 is released in the UK next week. We’re looking forward to that. Before we delve into that, can you tell us a little about your background in the film industry? I believe you started in the world of publicity and commercials.

Yes, that’s right. That’s where I cut my teeth and I was involved in making commercials for a good ten years prior to making my first feature film, Retribution, a couple of years ago. I always ultimately wanted to get into the film business but working in commercials has been a great way to get me where I am now. It was great experience for me as there is a lot of money in that sector that gave me the chance to shoot so many different things and I learned so much from it.

Then, when I came to do my first feature film it was nowhere near as daunting an experience as it probably would have been had I not had my previous decade of hands-on experience.

So you didn’t really notice a big leap when you made switched from intense 30 second commercials to full blown movies?

Not really. The main difference I encountered was that with commercials I could have like fifty takes of a 30 second clip whereas I am only allowed like one take for 30 second segments in a movie. In the end you have to let things play out by themselves a lot more in movies but that is something I really enjoy about films. When I made commercials there was no element of building things or stacking things up but in movies you build all these sections together and, although it’s been quite a learning curve, it’s also been an amazing experience to let things play out and see the results. 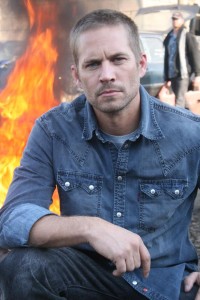 So you wrote and directed Vehicle 19. Screenwriters and directors always tend to have their eye on cast members when preparing a new project so I’m guessing the same was true for you and Paul Walker, right?

Absolutely. I wrote this script thinking specifically of Paul. I mean, he’s just such an underrated actor and it’s just a matter of time before he blows up. He is already blowing up but there is so much more for him yet. There are just so many layers to him and so much depth whilst at the same time he delivers the physicality of his characters. Most actors can provide one of these elements but it’s hard to find someone who can give you both at the same time.

As soon as Paul found out about this film he wanted to get involved straight away and since then we have developed a really strong relationship and are already working on a number of projects together. I expect so many great things of him.

It’s interesting that you say he came on board straight away. I say this mainly because although the role is very action oriented, the majority of the film has a kind of Buried feel to it in the sense that a lot of the “action” takes place inside the car.

Oh he absolutely loved the role. I mean, in the end he did like 95% of all his own stunts – something you aren’t generally allowed to do – and he just really wanted to sink into this role. He also found this film to be a refreshing experience too because he was so used to filming things where they would do a take then he would be waiting ages to do another take. In Vehicle 19 this was totally the opposite as most of the five weeks we took to shoot it was just him and I on our own, blazing through this film together to see what we could make of it.

While a lot of scenes are inside the car itself, the action scenes are very fast paced. I felt they had a very European style to them, a very Luc Besson feel if you will. Were you going for that vibe was it completely coincidental?

Well, we really wanted to steer clear of the typical clean, gritty Hollywood action movie. We wanted to give the film a real edge and if you look at European movies, particularly countries like France, they really do these kind of action movies so well. Filming Vehicle 19 in Johannesburg gave the film and indigenous flavour which I felt certainly gave the film an edge that most audiences aren’t used to. So far people have really responded to that side of the filming and I’m really glad that people have picked up on this edge I wanted to create.

I’m intrigued about these future project with Paul that you mention. I’m guessing you can’t reveal much but I have to ask.

As far as our future projects are concerned I can’t say too much as they are not public knowledge just yet but it just made sense for us to continue working together as we found that we have very similar sensibilities.

So does this mean you are leaving your South African film career behind for a Hollywood career?

Well, most of my time is in the US now. I’m actually heading over to Los Angeles this week for a couple of months. I have got one project on the go at the moment called Drop which is being filmed on Table Mountain in Cape Twon but this is being funded with American money and stars an American lead actor.

Something that I am really excited about is a film version of Frank Miller’s Hard Boiled that I’m preparing at the moment with Stephen L’Heureux from Solipsist films. They recently produced Sin City: A Dame To Kill For so it’s going to be great.

It certainly sounds like you have a lot planned and you are sticking to the same genre. This begs me to ask the next, and final question. After filming Retribution you said that you would never do another film like that because you didn’t want to bring any more violence to the world. In retrospect, do you regret saying that, because you went straight on to make Vehicle 19?

[laughs] I said that after Vehicle 19 right. No, I’m joking. No, I mean Retribution was a very, very dark film and something that would prefer not to do now. I don’t think that any of the violence or action in Vehicle 19 can be considered bad in any way – it has its place and function. I just feel the thiller/action genre really works for me and I love doing this pacy stuff. I mean, if you are going to crash stuff and do action movies then, as long as it is all appropriate and not just gratuitous violence, there is always a place for it, as you’ll see in Vehicle 19.

We’d like to thank Mukunda for his time and look forward to seeing all these US projects come to fruition in the near future. He certainly sounds like a director to watch out for. In the meantime, we recommend you don’t miss Vehicle 19 which is out on DVD and Blu-ray this Monday, May 20th. We’ll leave you with the action-packed trailer.