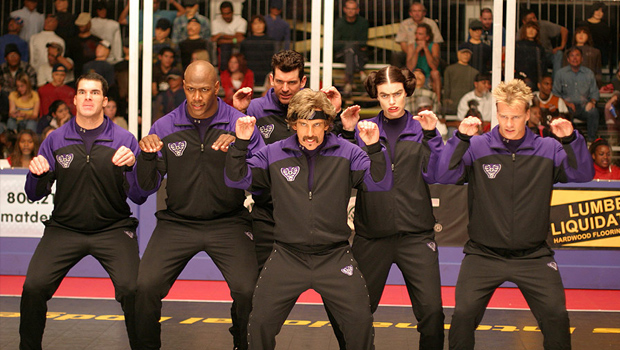 After almost a decade Fox and Red Hour, Ben Stiller and Stuart Cornfeld’s studio and production company, have brought Clay Tarver on board as scriptwriter to pen the long awaited and long discussed sequel to the highly popular spoof sport (with a bit of swashbuckling) film Dodgeball: A True Underdog Story.

For those unfamiliar with the original film, Vince Vaughn starred alongside a group of outcasts who sign up for a Las Vegas dodgeball tournament as their last hope of raising $50,000 to save their local gym from being taken over by a corporate health fitness chain run by Ben Stiller’s character, White Goodman. The first film was made on a reported budget of $20 million dollars, raking in over 114 million domestically. With these figures alone the question has always loomed as to why it’s taken so long to get the sequel ball rolling. Reports claim that the new film will find the Vaughn and Stiller characters becoming allies (against their own will) in an attempt to beat off an even bigger threat.

Tarver, having nothing to do with the original movie, is best know for the thriller, Joy Ride which he wrote with none other than J.J. Abrams in 2001. So why a thriller writer you may all ask? Well, since Joy Ride he went on to focus on the comedy market and his current projects include the film Quantum Hoops relating the trials and tribulations of a nerdy basketball team, also being produced by Red Hour.

Are you looking forward to a sequel? Who would you most like see make a welcome return? Personally we’d love some more swashbuckling action from Alan Tudyk.