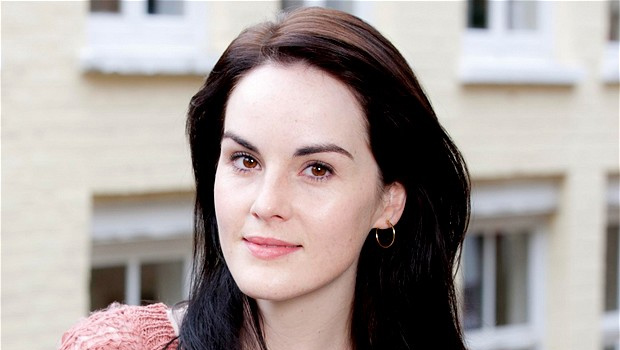 The Daily Mail isn’t often your first source for cinema news, concerned as it is with celebrity cleavage and railing against the EU. But on Thursday, Baz Bamigboye revealed some interesting information about Downton Abbey‘s Lady Mary and a new project. Rumour has it that Michelle Dockery has been offered the lead in the adaptation of Mary Ann Shaffer’s World War II novel The Guernsey Literary and Potato Peel Pie Society.

Originally intended to be a Kate Winslet vehicle, erstwhile director Kenneth Branagh dropped the hot potato into the lap of Simon Curtis, who directed him to an Oscar nomination in My Week With Marilyn. The possible choice of Dockery may be an indication that Curtis (the hubby of Elizabeth McGovern, best known to audiences as Downton‘s Lady Cora) will be taking the film in a more fun and youthful direction.

The Guernsey Literary & Potato Peel Pie Society would see Dockery playing Juliet Ashton, a newspaper columnist who moves to Guernsey. Her interest in the island is sparked after she begins corresponding with Dawsey Adams, a Channel Islander who discovers a book with her details on the flyleaf. Letters are exchanged between Juliet and the close-knit community, where the Literary & Potato Peel Pie Society was born after a close shave with occupying German forces. They eventually welcome her with open arms and live through love and loss with good humour and cheer, narrated through a series of letters.

Studios will be keen to capitalise on the interest in films about book clubs and societies (The Jane Austen Book Club, anyone? There’s even The Meryl Streep Film Club currently in bookstores – but that may be taking it a step too far). Unlike its current lightweight iterations out in Hollywood and on DVD, Shaffer’s book club based best-seller is genuinely well-written and thoroughly researched. It is the right combination of quirky and endearing that will hopefully be borne out on screen and seems to be attracting big names.

The film may also be a decent way for Dockery to move away from being typecast into life in a whalebone corset, although it is a period piece of a kind. Curtis & co are reportedly hoping to work around Dockery’s Downton shooting schedule, with Season 4 being wrapped up this August. She’s next on screen as part of Jaume Collet-Serra’s Non-Stop, which is the latest opportunity for Liam Neeson to kick ass, this time aboard an international flight.