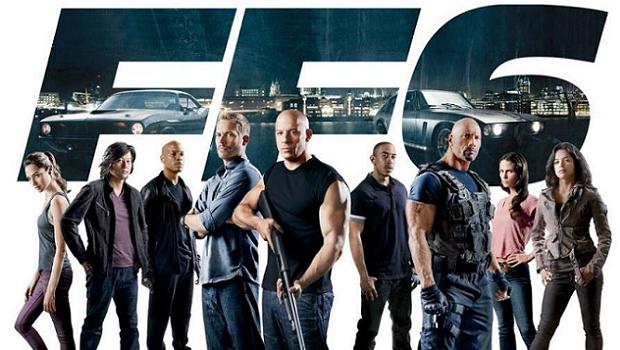 That’s right! It’s Fast and Furious 6 day. To celebrate we have six exclusive clips to tease you into heading over to the multiplex this very evening although, just the thought of another Fast and Furious film should have you biting your nails in excitement already.

The whole crew are back, with Vin Diesel, Paul Walker and Dwayne Johnson taking the high speed chase franchise to an all new level in its next continent. Many of the series’ fan favourites are back in the form of Jordana Brewster, Michelle Rodriguez, Tyrese Gibson, Sung Kang, Gal Gadot, Chris “Ludacris” Bridges and Elsa Pataky and if that wasn’t enough Fast 6 brings Luke Evans and Gina Carano into the mix making for even more reason to go see the film.

So what have the crew been up to since Fast 5? Well, since Dom and Brian’s heist in Rio succesfully toppled a kingpin’s empire leaving them with a vast $100 million of plunder with the entire crew going their separate ways around the world. The only problem is that always having to live on the run and never being able to return home has left them feeling somewhat  incomplete. 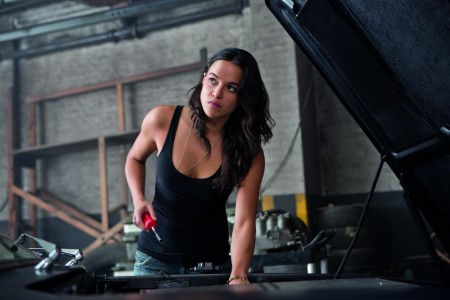 Hobbs finds himself hard on the trail of deadly mercenary drivers lead by Owen Shaw, played by Evans, who just happens to be aided by none other than Letty (Rodriguez), who fans of the franchise will know Dom believed to be dead. How can Hobbs stop them? By playing them at their own game and asking Dom and his crew to set up shop in London. Obviously the crew aren’t going to accept this out of the goodness of their hearts so Hobbs guarantees full pardons to them all so they can at last head home and be with their families again. At least until the already announced Fast & Furious 7.

Fast & Furious 6 will be director Justin Lin‘s farewell to the franchise after three previous sittings in the Director’s chair with James Wan (Saw, Insidious) taking the reins for entry number 7.

Enjoy the film this weekend as Cinema Sauce is sure the exclusive clips below will have you speeding out to see Dom’s crew back in action as it releases today in the UK.