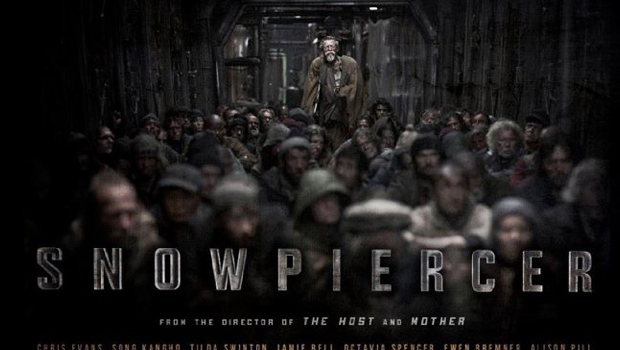 Bong Joon-ho‘s first English film, the post-apocalyptic drama Snowpiercer, has no set release date at the time of publishing this article but it is expected to release internationally very soon. Based on a French graphic novel Joon-ho came across back in 2004, “Le Transperceneige”, the entire film was shot on location in Barrandov Studios, Prague. Today a featurette with some behind-the-scenes action has finally been released, giving us a glimpse of the type of post-acopalyptic, snow-covered terrain the train will have to traverse.

Although the 60 seconds of footage was recorded in extremely murky conditions with we can make out the lead cast consisting of protagonist Chris Evans together with John Hurt, Tilda Swinton and Kang-so Song. Everyone already familiar with Bong Joon-ho’s previous outings, the excellent “Mother” and “The Host,” will know that he knows just where to grab the bull by the horns when it comes to large-scale sci-fi movies.

The Snowpiercer’s train will circumvent Cannes to open internationally this summer.