Exclusive Interview: Pollyanna McIntosh on the Set of ‘White Settlers’ 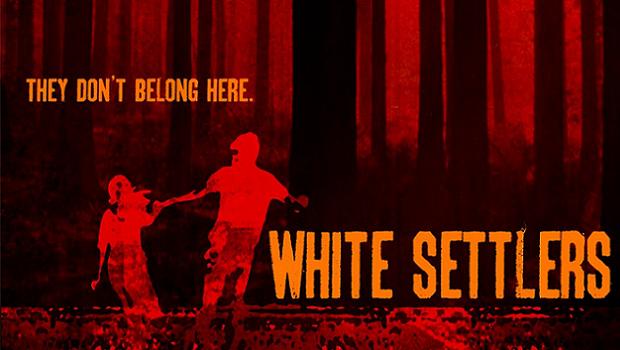 Problems in being a university student in the small seaside town of Aberystwyth become apparent when invited to the set of new British thriller White Settlers, situated somewhere deep in some woods that can’t be revealed. The film stars cult horror icon Pollyanna McIntosh (The Woman, Exam) and world famous model/actor Lee Williams (The Tudors, Teachers) pitching the modern urbanites’ dream – starting a simple life in the country – against the possibility of a very different, horrific reality. This tagline alone made this such an exciting prospect that I unfortunately couldn’t attend and am still kicking myself today about. Instead, the cast and crew are still wondrously helpful and welcomed a quick chat with me and Pollyanna McIntosh as well as a few other members of cast and crew in the future. This first interview provided me much appreciated insight into this indie production that’s running tirelessly but smoothly on the rough grounds of a forest and its suspenseful dark ride. 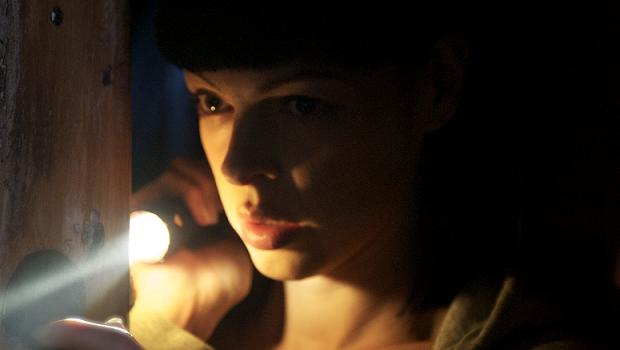 What originally drew you to the project? Was it your already strong relationship with the director?

Well yeah, I already knew Rachel Richardson-Jones (Producer of White Settlers and Co-creator of Grimmfest) and Sim Halligan (Director of White Settlers and Co-creator of Grimmfest) as their festival, Grimmfest, screened The Woman in 2011 and last year Him Indoors which, if anyone hasn’t seen it, is a great little short I did with Reece Shearsmith from The League of Gentleman and Psychoville. I did a festival Q&A for them and they said they’d like to work with me – that’s always nice. [laughs] They sent me a script previous to White Settlers which was a good script but didn’t feel like quite the right thing. Then White Settlers came along, the writing was very strong and Ian’s got a great way with tension and I thought it was a nice opportunity to play a character who was a little bit more vulnerable than what I’m used to and goes on a bit of a journey to find her strengths. It’s also got a great twist at the end – or rather I shouldn’t say twist but more surprise ending. It was the whole thing really, the whole bag.

When speaking to one of the producers, they said it was quite tight time wise; is that apparent on set or are you enjoying it and having fun?

Well, definitely both, funnily enough. It’s definitely tight! We’ve got one hell of a schedule with twelve hour days and six day weeks. My day off has been spent going to Cardiff to shoot Casualty [laughs] so you know I’m just gunning it hell for leather really, but everybody is. There’s nobody on the crew that isn’t committed. It just feels like a really good bunch of people who know their stuff and everybody wants to do their best. It’s a fun place to be! I also quite enjoy a challenge; I kind of thrive on it. For me, especially if shooting a tense thriller, the tension of timing is better.

I know there are strict impositions so you don’t disclose too much but is there much you can reveal about your character?

Sarah is one half of a young married couple, Ed and Sarah, and they come from London. They’re both unhappy in their jobs and they want to live that “country dream” so they move to the Scottish borders. They want to have children and they plan to convert this lovely old decrepit house into a B&B. On the first night, when they’re just settling in, they get quite the opposite of what they hope for and suddenly, the nightmare happens. Sarah particularly is challenged to find strength where she didn’t know she had it.

From the synopsis, it sounds like Straw Dogs with the similar isolated couple element, but you’re not going to show us who or what for most of the film. Do you think that’ll elevate this above other horrors and can you feel the fear as an actress when you can’t see what’s coming?

Yeah, well you will discover a little more as you go through the film. For me, it’s all very real because I’ve got a lot of physical stuff to do and I’m one of those, I’m not method, but I kind of psyche myself up to the right place so a lot of my motivation is coming from… upsetting memories shall we say? [laughs] So for me it’s quite real, it’s quite high intensity. Hopefully that’ll read well. I’ve not really seen my scared face before because I’ve not really played characters who are terrified. I hope it comes off as something that people can relate to. I think there’s a good sense of realism in this film and if we’ve done our job well then the audience should be shitting themselves. [laughs]

Usually actors and actresses on horror sets go through hell because of all the make-up, special effects and being thrown around, attacked, pulled through hedges and so on. How’s it been for you? Are you ready to turn murderous yet?

[Laughs] I have said that I would like some kick boxing after this so I can beat somebody else up rather than be beaten up! The stunts are safely looked over and the stuntmen have been great but I am covered in bruises! I’m really like bruised from head to toe! [laughs] Yeah, I’ve been going through a little bit but when you’ve got good humour around you and are really passionate about a project, I don’t care – I’ve been through worse. [laughs]

You’ve been in a few horror films – although more thrillers possibly, it depends on your definition – do you have a love for the genre?

It’s really funny you should say that because I feel I haven’t been in that many horror films – I’ve done three. One was my first ever American movie [Headspace], the second one was Offspring which led me into The Woman; I don’t think I would necessarily have done The Woman if it wasn’t for the level of the writing and working with Lucky [McKee, the Director] on that. It’s not a genre that I feel is my speciality – I’ve been doing a lot of comedy recently which I really love – but when a good script comes along, I’m into it. If the script and the character is great then I’m all for it. This, to be honest, is along the lines of a thriller. I think it will appeal to horror fans but it’s really just a great, tense thriller. So yeah, I can’t watch horror films; I’m too much of a pussy. I get really scared and I don’t want to watch them. Too much horror in the real world for me to enjoy real horror movies. [laughs] I think that surprises people a lot when they hear it. I like to watch foreign movies and dramas and comedies really. Having said that, having been on the horror circuit for The Woman so much, I kind of got to understand the genre a bit better. I used to dismiss it as something, and I think a lot of people do, as something silly, but when you’re dealing with life and death, what’s more real than that? That’s what the drama of life is.

As a final note, I must mention Lee Williams, my co-star in this, because he’s doing an amazing job. He was brought in very last minute and we’re really lucky to have him…

We’d like to thank Pollyanna for taking a moment to speak to us about White Settlers and we can’t wait to be able to provide you with more exclusive details in the very near future. With the aforementioned cast joining forces with a film crew boasting some of the best in the business: Keith McNamara in the camera department (Gladiator, Casino Royale) with James Swift (Bad Girls, DCI Banks, Accused) Paul Boyce on make-up (Harry Potter The Deathly Hallows, War Horse) and Line Producer Charles Bates (Tyrannosaur) – White Settlers has all the ingredients to be MASSIVE.

As it’s still early days for a trailer, we’ll leave you with the next best thing, a plot synopsis:

It’s Ed and Sarah’s first night in their new home, an isolated farmhouse on the Scottish borders. This should be a new beginning far from their stressful London lives. And at first it is, come sunset they fall in love all over again on a wander in the woods.

But as darkness falls, Sarah suspects they’re not alone, Ed goes to investigate and quickly, the evening becomes a nightmare. It suddenly dawns on them; they do not belong here. And they certainly aren’t welcome either…. 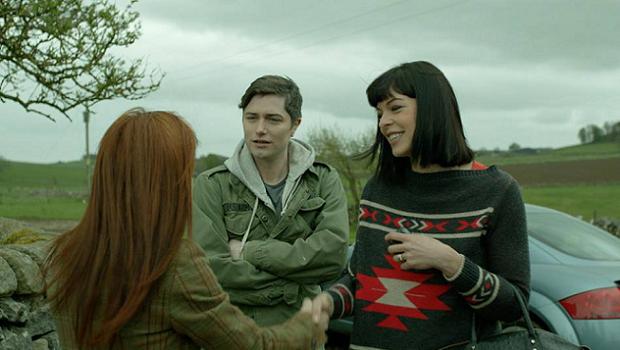 Also keep up to date at the official website: whitesettlers.com