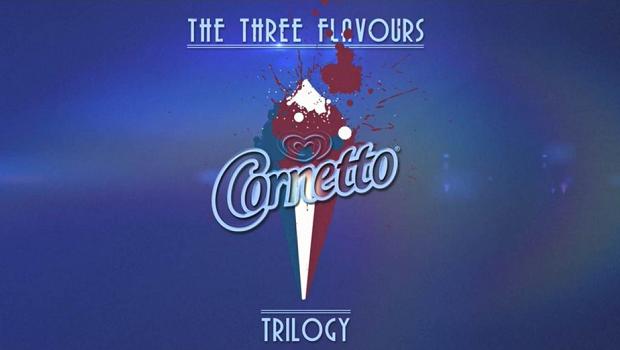 To celebrate the release of The World’s End, the highly anticipated third and final entry in the Three Flavours Cornetto trilogy, Universal have joined forces with Vue Cinemas to host an exclusive screening event.

Beginning at 19:30 on the 18th of July, 25 selected Vue cinemas across the country will be inviting audiences to attend special screenings of Shaun Of The Dead and Hot Fuzz all topped off with exclusive midnight first viewings of The World’s End.

The 25 VUE cinemas hosting the event are at the following locations:

If that wasn’t enough for you all, there will also be midnight premiers of The World’s End at more than 200 cinemas. Bookings can be made via the following link.

For those unfamiliar with the reasoning behind the name of the trilogy, each film is connected to a Cornetto ice cream flavour. Shaun of the Dead features the red strawberry Cornetto, relating to the film’s blood and gore elements, Hot Fuzz includes the blue original Cornetto, highlighting the police element, whilst The World’s End will feature my personal favourite flavour, green mint choc-chip. Use of this title is also a play on words relating to Krzysztof Kieślowski’s Three Colours film trilogy.

Tickets are now available for the special Three Flavours Cornetto Trilogy Screenings and we’ll leave you with a special video made exclusively for the event: