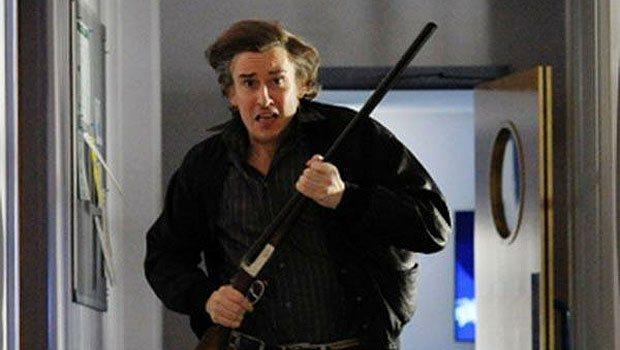 Steve Coogan slips back into the shoes of our favourite local radio DJ/talk show host extraordinaire Alan Partridge, but as we’ve never seen him before.

It’s fair to say that Alan has had to deal with more than his fair share of setbacks over the years, responsible for killing a guest on live TV and suffering a nervous breakdown in Dundee to cite a few examples. Alpha Papa adds probably his greatest low-to-high ebb spectrum yet as he finds his radio station, North Norfolk Digital, set to be taken over by new media conglomerate, Gordale Media. The result? A violent siege ensues, with Alan joining forces with the police to defuse a potentially deadly outcome.

Will Alan’s seige negotiation skills serve to talk down his infuriated colleague Pat Farrell? Will he prevent a deadly shoot out? Will Alan become a public hero or just another footnote in the history of broadcasting?

We’ll leave you with the aforementioned trailer. Let us know what you all make of the new footage.