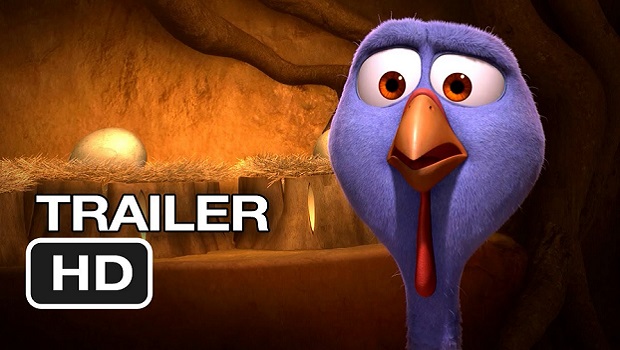 Relativity Media and Reel FX have defrosted the first trailer they had on ice for animated movie Free Birds (previously known as Turkeys). This ‘chick’ flick (apologies) is directed by Jimmy Hayward (Horton Hears a Who!) featuring an ensemble cast of actors including Owen Wilson, Woody Harrelson, Amy Poehler, Dan Fogler, George Takei, and Colm Meaney lending their voices to various poultry protagonists (try saying that after a few too many eggnogs).

The top turkeys are played by Wilson and Harrelson who travel back in time to the first ever Thanksgiving celebration to do their utmost to make sure their own kind never make it onto the menu.

The film flies into cinemas in the UK on November 29 just in time for Thanksgiving and Christmas. Poultry in motion….Sorry again.