From Dusk Till Dawn TV Series From Robert Rodriguez 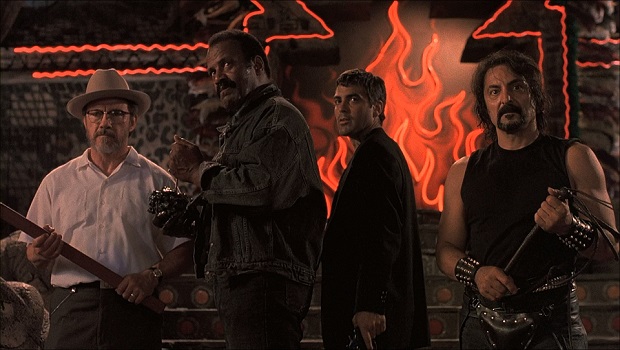 From Dusk Till Dawn will be digging its teeth into the smaller screen as Robert Rodriguez is set to transform the 1996 flick into a television format.

You would think that Rodriguez (who is already underway with Machete Kills and Sin City: A Dame to Kill For) would be bat-crazy to be taking on another project, but as his filmography proves, he is used to taking on large workloads.

Not only is Rodriguez producing and directing this year, he is also taking on the challenge of creating his own TV network, El Rey, which is co-producing the From Dusk Till Dawn show with Univision.

It would be surprising if any of the main cast of the original movie will return for the TV series, but if there is at least one cameo from Danny Trejo, I will be a happy man.