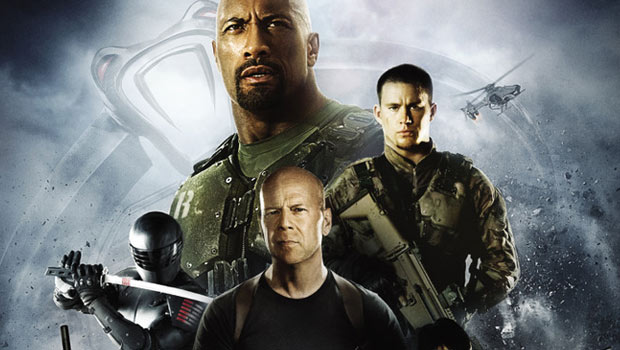 Not many people were expecting big things from 2009’s GI Joe, as a movie based on a cartoon that were essentially adverts for toys isn’t usually the best place to start when conceiving a film. But due to the fact of a pretty star studded cast playing it mostly straight and some decent special effects it grossed $302 million worldwide on a $175 million budget. Possibly helped by the fact that they destroyed large parts of Paris (including having the Eiffel Tower eaten by nanobots), and most of the world can get behind annoying the French.

With the sequel GI Joe: Retaliation, released just 3 months ago, already overtaking the first and grossing $365 million worldwide (helped by extra funds from it being in 3D), the studios (Paramount and MGM) have already greenlit a third film. Director of the second film Jon M. Chu is back on board, and they are reportedly down to a choice of 4 scripts that will be turned into the movie.

Casting is still yet unknown, and there were big changes in cast between Rise of the Cobra and Retaliation, with the inclusion of Dwayne Johnson, so there could be some interesting people being bandied around as names.

We at Cinema Sauce are cautiously optimistic about it with the previous movies being big dumb fun, with stuff exploding good. Putting Adrieanne Palicki into a tight tank top doesn’t hurt either. G.I. Joe 3 is as yet untitled and is slated for a release in early 2014.

Paul Savage is a stand up comedian, occasional cartoonist and film critic, formerly cinema correspondent for the B-Movie fanzine "It's Alive". He regularly sweeps the detritus of his mind onto twitter as @comedysavage and his cartoons and giglist is on paulsavagecomedy.com