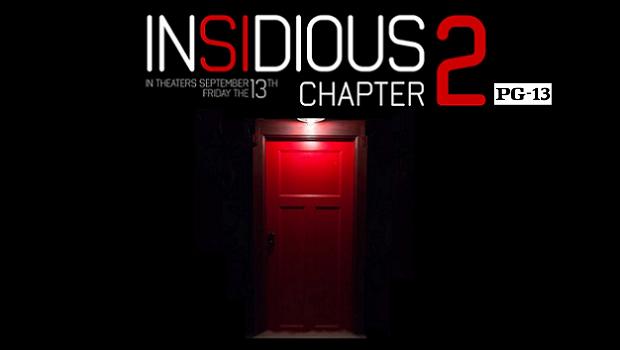 James Wan, as well all now, is juggling thousands of projects lately, and rightly so. Not only has be already been signed on to direct the next entry in the Fast & Furious franchise, but he has both Insidious: Chapter 2 and The Conjuring coming up very soon.

At long last the former of these two projects has recieved a long-awaited trailer confirming that the original cast, made up of Patrick Wilson, Rose Byrne, Lin Shaye, Ty Simpkins and Leigh Whannell will be reprising their roles. Whannel wrote the script for both the original and now the sequel which follows the haunted Lambert family as they take it upon themselves to investigate just what happened in their mysterious childhood that left them perilously connected to the spirit world.

Whilst we are certainly looking forward to this sequel, given our love for the original, the recent PG-13 rating slapped on the film has us both perplexed and concerned.

Insidious: Chapter 2 is slated for a September 13 release both in the US and UK and we’ll leave you with the aforementioned trailer. Are we all ready for some PG/13 scares or were you all hoping from something just a tad more sinister?