Interview: Emma Bates Talks Much Ado About Nothing 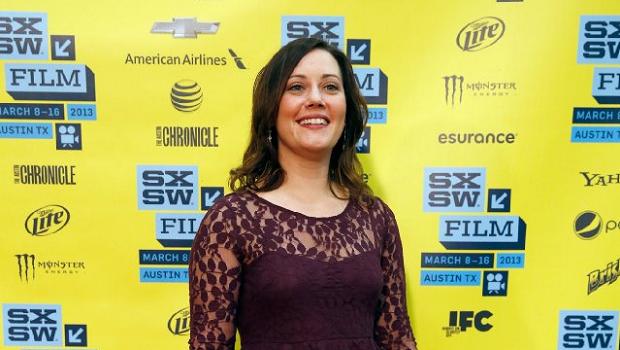 Joss Whedon only had twelve days off from filming The Avengers (or Avengers Assemble in the UK) to going into the editing room and post-producing the life out of what became the third highest grossing film of all time. His idea of a break was to adapt one of his favourite Shakespeare plays, Much Ado About Nothing, in his back garden, in black and white, with his friends. In said film, he cast all of his friends and Cinema Sauce caught up with Emma Bates and Joshua Zar who star in Joss’s back garden, something both actors are now very used to. They star alongside Clark Gregg, Nathan Fillion and Amy Acker but they’re all great friends who, despite their hectic schedules, catch up as regularly as possible and, when they can, perform together. This film is that continuation of Shakespeare productions that happen in his back garden so often. First up here’s what Emma had to say and we’ll follow this up tomorrow with Joshua’s on-set experience.

Before anything else can you give us a little background information about yourself and what drove you to become an actress?

I pretty much decided I wanted to be an actress when I was 5 from doing plays. Then I went to theatre school, I did quite a bit of theatre all the way through high school, and in college I did an outdoors Shakespeare festival and that’s actually where I met Amy Acker. I was 18 and she was 20 and we became best friends and roommates in Los Angeles – she moved out first and I moved there a couple of years later. We’ve been best friends for years. When she was on Angel, I knew Joss and I would always be a part of the group that did Shakespeare at his house.

That was my next question actually. I was going to ask how you got the part to be in Much Ado About Nothing which was filmed in Joss Whedon’s back garden.

Basically Joss just asked me if I wanted to do it. I’ve been doing Shakespeare readings at his house for many years and of course I said yes right away! [laughs]

For the people who may be unfamiliar with Shakespeare’s Much Ado About Nothing, tell us about your character in the modernised film.

I play Ursula, who is a lady in waiting. My character is a part of the plan to trick [Amy Acker’s] Beatrice into falling in love with Benedick [Alexis Denisof]. Hero [Jillian Morgese] and I trick her into thinking that she’s in love with him already.

How was it working in Joss’ back garden on his 12 days off from one of the biggest films ever?

[Laughs] It’s funny because we’ve all been friends for so long, for the most part I knew most of everyone there, and the ones I didn’t know – you know when a good friend of yours that you’re friends with, you usually like their friends; even the people that you didn’t know felt like friends very quickly. They were such a fun group of people to be assembled. It can’t be understated how much fun we all had. It’s so rare that we get to shoot here anyway, especially living in Los Angeles. The opportunity to do that was a reason it was so fun for everyone. Even though a lot of people were nervous because they’d never done it before it was exhilarating. It was just a big party for 12 days! [laughs]

The relaxed atmosphere of the set and the nature of shooting seems like it must have been great fun. Calling it a big party is usually so rare for a film set. Would you say it’s the most fun you’ve had shooting?

Oh yeah, by far! It’s funny too because it’s carried into the past year and a half because that group of people still gets together on a regular basis. I’d say we’ve all gotten together at least once every 15 days or so. We’ll all get together and play charades or all go out to dinner, so it’s been really fun, as well as getting to travel to Toronto and South by Southwest [SXSW] which has been awesome.

How many times have you gotten to see the film then?

Three. It hasn’t been released here yet but we saw it first when it was screened for the cast and crew, then we saw it at Toronto and then at South by Southwest and periodically, while we were filming, he’d show us some of it.

Do you personally have any plans to branch out into writing, directing or anything else since it’s quite common for people to wet their hands in other areas?

I’m working on a web series that I’m writing right now so I like doing all of it. I like doing every aspect of it. Many of the actors in the movie do write.

Do you have any future projects that you can and would like to tell us about?

I’m shooting a film in June and other than that just auditioning right now!

You’ve worked with a few interesting directors, are there any that you’d love to work with?

Well Joss for sure!

Oh yeah, just for sure. He’s my number one. [laughs]

Head back over here tomorrow as we speak with fellow back garden Shakespeare recital enthusiast, Joshua Zar. In the meantime, we’ll leave you with the trailer for Much Ado About Nothing, released in the UK on the 14th of June.