Interview: Joshua Zar Talks the Much Ado About Nothing Garden Party 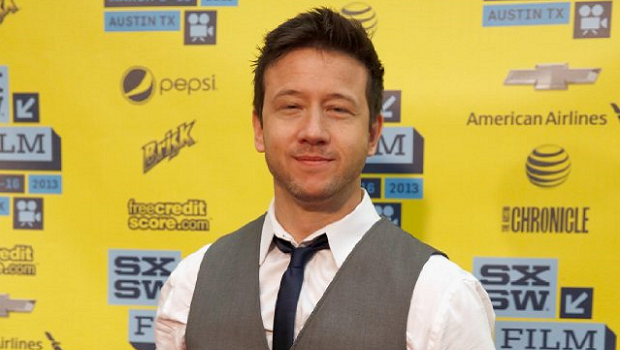 Yesterday we published a chat with Emma Bates about Much Ado About Nothing. Today we have Joshua Zar talking about his black-and-white, 12 day Shakespeare garden party. He chatted with us about the clearly fun set, his unfortunate injury and some guy named Whedo? Whedon? Something like that.

Could you give us some background information on yourself and how you decided you wanted to be an actor?

It was one of those things I think a lot of people know from an early age, I think I was like 7 or 8. I was in a Paddington Bear play at school [laughs] and I was like ‘oh, OK, this is what I’m going to do!’ [laughs] That was kind of it. There were even a couple of times in my 20s where I thought ‘I’ll take a couple of years off, I’ll do other things’ but it doesn’t last.

Could you tell us a bit about your character in Much Ado About Nothing?

What he [Joss Whedon] did for my character was take three characters and rolled them into one. He took Balthasar, The Messenger and The Attendant, three kind of minor characters, but there’s a plot point these characters need to get across. He kind of rolled them into one and I became Leonato’s aide.  Leonato – who is played by Clark Gregg. He’s wonderful – I’m basically his woman manual.

How did the part come to you?

The same way everyone else did: through e-mail! [laughs] I think maybe Amy got a phonecall but I got an email. Nathan and I were talking and he said that when he sees a phone call from Joss he answers it and goes ‘I’m in!’ just like that. Nothing else, just ‘I’m in!’ [laughs] When Joss asks you something you don’t say ‘why don’t you send me the details and I’ll think about it’ no, it’s ‘I’m in!’

Have you known Joss for a long time?

Not that long, about two years. Fortunately for us he only works with people he likes and their work he likes, and it works. I was very fortunate because it was an amazing time.

How was it working in his back garden on his 12 days off?

[laughs]Honestly,  I’ve said this – he’s a genius – but I’ve said this a lot and everyone agrees with me, if I could do that as my daily job even if I was only going to make £30,000 a year [yes, he said pounds] but I got to do that every day? Sign me up! It was so joyous because everybody is there out of pure – not one person was there – because they were forced to or needed a pay cheque. They were there for pure love of the art and it shows. Everyone was happy on set, no one was short-tempered, nobody ever yelled! And being in his back garden was a really wonderful job that I recommend highly. [laughs]

You and Emma have painted such a positive picture on set. Was it the most fun you’ve ever had on set?

Ever. Not just because a good chunk of the people I was already friends with or at least and had spoken to since we share the same social circles with the others, like I already said, if someone said ‘hey, here’s this job where you get to hang out with people you like the most and do what you love the most, are you interested?’ [laughs] That’s kind of how it is. [laughs] Hopefully I get more of those because I’ve spent most of my life in theatre, I’m still new in the whole film/TV world. I’m a little worried now because my expectations of a set may be a little skewed. [laughs]

That’s interesting. Now that you’ve had some more experience in the film and TV world, would you say you prefer theatre or film?

I’ll probably always prefer theatre because that’s where my roots are but there are unbelievable things that you can do in film that you could never do in theatre. I think when I was younger I used be a bit of a theatre snob, as I’ve grown up I’ve realised that there are some things in films that are just… I really love film! Watching films is what I spend my days doing. I think, frankly, that films are wonderful and one of America’s greatest exports in history is Hollywood. I’m a big film fan.

You and me both.

I totally agree. I’ve always wondered, is the transition from theatre to film quite difficult?

A little bit. May be not in craft practice but in strictly technical components, just general terminology I wasn’t used to or things like that. More or less, I don’t think it’s too difficult, and I think there’s a reason too that most of the great actors in film are also great theatre actors. The people winning Oscars, all the people who you respect, have all started in theatre, it’s pretty rare that they don’t. I think the foundation of doing that is pretty incredible.

Are you interested in ever moving over from the acting side into the other aspects of filmmaking or theatre? Directing, writing and so on.

Really what I found most joyous and I learnt from this is that most of my closest friends are here in LA, there might be a couple in New York and if I can create, either through our own efforts or whatever, working with friends and people you care about most in this world, would be the biggest reward of all. I find more joy in that, doing what you love with people you love is a phenomenal experience. I’d love to do films with all my friends, luckily I have very talented friends. [laughs]

You beat me then, I really don’t haha. Do you have any future projects that you can talk to us about?

Yeah I was doing a part on a TV show in the first week in January and the stunt guy screwed up and I was injured [laughs] I didn’t realise how dangerous acting was. I’ve got four more months and one more surgery.

My clavicle, or my collarbone or whatever you want to call it [laughs], is broken. It’s a nasty break and it hasn’t healed in four months so I have to have surgery. I’m having a dampener in the first half of 2013. [laughs]

I hope your surgery goes OK and it’s all sorted out for you.

Thank you. Hopefully for the premiere I’ll be better.

All the best! Final question, do you have any directors that you’d love to work with?

Yes, it was brilliant. I loved it.

I thought that was the best movie of the year [2012 in the US]. We saw it last year since it came out.

Yeah, it came out in January here and it’s so far my favourite film of the year!

It came out in like November out here in the States. I don’t remember, December? I honestly thought it was the best film of the year. So I’m going to say Quentin! [laughs]

I’m sorry to say to Joshua Zar that since our conversation my top spot of the year has now changed. Django Unchained has been pipped by Park Chan-wook‘s Stoker. It was great to chat to him and Emma Bates about Joss Whedon’s Much Ado About Nothing which finally hits the cinema screens June 14th in the UK and June 7th in the US. We here at Cinema Sauce also wish him a speedy recovery so he can get back to doing what he loves as soon as possible. We’d like to thank both of them for taking their time out to chat to us and wish them all the best in all of their future productions.