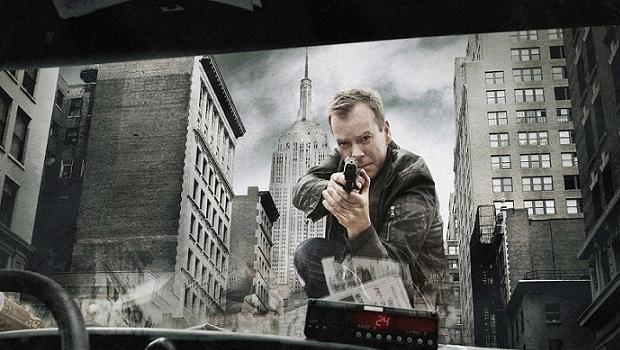 Further to last week’s news of a possible return of the hit series 24, it is now official. Jack is back.

Kiefer Sutherland is reported to have signed a deal for a new, limited installment of 24 on Fox. Given the fact that he is now firmly attached to the project Fox chose to green light the real-time drama which will be announced at the company’s upfront presentation later today.

Longtime 24 showrunner Howard Gordon, currently exec producer of Showtime‘s Homeland is back on board as co-producer with his 20th Century Fox TV-based Teakwood Lane in collaboration with the original series producers Imagine TV and 20th TV.

Details of the new format of 24, given there won’t actually be 24 episodes this time, is still unkown although Fox may unveil how the mini-series will run in their upfront presentation.

UPDATE: Fox has since release the confirmed title of the new series which is very John McClane in nature, “24: Live Another Day” and will run for 12 hours. As a result, it has been announced that there will be a bit of jumping around the clock this time but that means we’ll get to see the best bits of Jack’s day. The new limited series will take place a few years after Jacks last outing and is expected to air in May, 2014.