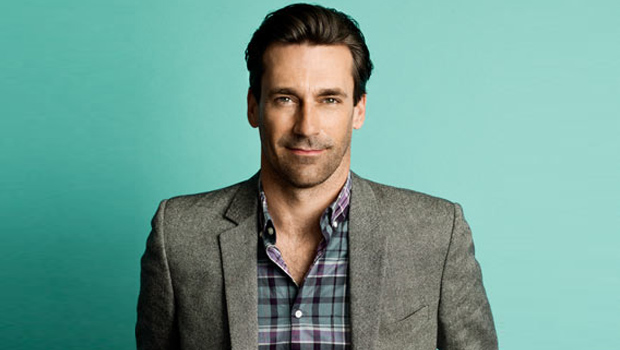 If parts of Despicable Me were so fluffy that you were gonna die, then its future spin-off will be so dapper that you will die a death by handsomeness.

Pre-dating the story of Despicable Me, the story of Gru’s army of tiny yellow servants will be the focus of the film, controlled by the villain Scarlett Overkill (to be voiced by Sandra Bullock). In the part of her inventor husband is none other than Mad Men‘s Jon Hamm.

Whilst best known for his role as the suave lady-killing ad man in the hit series, Hamm also has some serious comedy chops (couldn’t resist a meat pun there).

Before he came to the world’s attention as the most handsome man in existence, Hamm was a high school theatre teacher who frequented comedy clubs and even auditioned for the role of Jack Donaghy in 30 Rock, losing out to Alec Baldwin but later playing one of Tina Fey’s love interests. He has also appeared in animated series such as Archer and The Simpsons.

Despicable Me 2 will be released this year. Minions will follow in 2014.