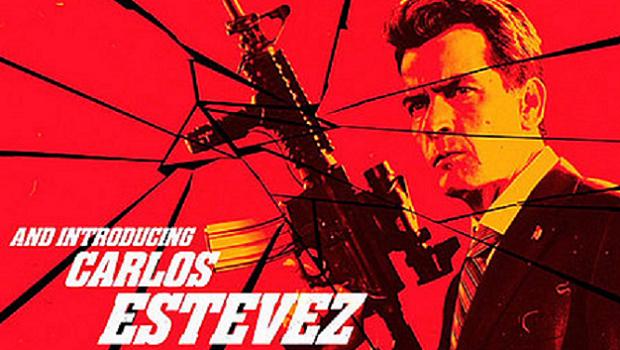 A 30 second snippet of the soon-to-be-released trailer for Machete Kills has seeped through the cracks online featuring William Sadler and Lady Gaga. If that wasn’t enough, we have also been treated to a glimpse of a poster featuring Charlie Sheen in character. The actor appears to have chosen to go back to his roots as his Machete Kills character, Carlos Estevez, share his birth name. This is the first time he has used said surname in a role, stemming from his father Martin Sheen’s original birth name, Ramón Antonio Gerardo Estévez.

“Danny Trejo returns as ex-Federale agent Machete, who is recruited by the President of the United States (Charlie Sheen) for a mission which would be impossible for any mortal man – he must take down a madman revolutionary and an eccentric billionaire arms dealer (Mel Gibson) who has hatched a plan to spread war and anarchy across the planet.”

Get ready for Machete as he’s set to hit US cinemas this September 13. The UK release date is yet to be confirmed.