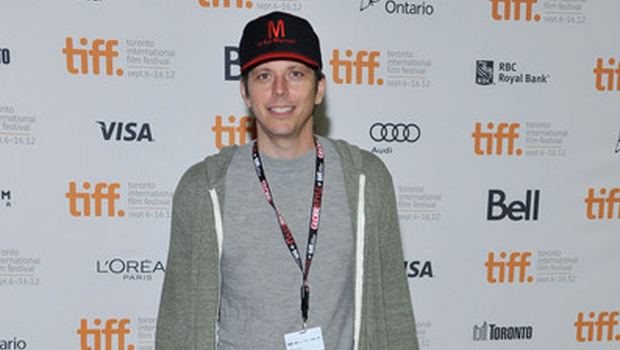 The ABCs of Death has gathered together directors, assigned them a letter and told them to make a short film relating to death. Marcel Sarmiento was assigned the letter D. His debut feature was Heavy Petting, a light dog-related romcom but his follow-up feature, Deadgirl, tugged him entirely in the other direction. Deadgirl relates the tale of two high school outcasts who discover a chained and naked dead girl who cannot die, completely refreshing the zombie genre, making it much more disturbing and distinguished. It’s a horror film that is a great watch because it’s disturbing, shocking, uncomfortable, unflinching and interesting – qualities which are rare to find in the genre. Marcel Sarmiento is a very lovely director, one who I feel incredibly sorry for because of my faulty recording apparatus. He spoke to us about his segment, amongst a feast of other topics, all of which you’ll find below.

Complication horror seems like a new wave in the horror genre with V/H/S, its sequel and The ABCs of Death. Do you like the idea of more people craving for horror shorts?

For me it was a great opportunity to do something short and sweet and know that people would see it. Half the battle of making these things is wondering if anyone will ever see it in any substantial way. So, to have Magnolia on board to distribute the film before any of us shot anything was a great motivator! As an experiment I think it’s a great idea to allow directors to explore crazy ideas without any interference. Some work, some don’t work so well, but that’s part of the charm. I’d do another one in a heartbeat.

How did you get involved with the project? Were you asked or did you pursue it yourself?

I was asked by Tim League, the Producer, who played my film, Deadgirl, at the Fantastic Fest in Austin. I said “Yes please!”

Could you tell us a bit about your segment within the film?

I landed on the letter D, so I chose Dogfight. It’s about a man forced to fight in an underground “fight club”-esque setting, and ends up having to fight a dog – but there’s a twist.

A lot of people have said, including myself, that yours is the best segment in the film. How does that make you feel?

Well all I can say is I thought it turned out amazing considering all our limitations, so of course it feels really sweet to hear that people dig it.

I’m guessing you were used to making shorts by this point but with a bigger production crew was it more difficult to control? The budget and schedule must have been tight.

Not really – I mean, I never really made shorts since film school at NYU. I’ve made two feature films before this. What you learn is that prep and production is the same, no matter whether it’s a $5 grand short or a $1 million feature. Sure, everything takes longer and you do it longer, but frankly the prep and setup aren’t that different.

The process of letter picking sounds really bizarre. How did you getting the letter D come about?

They asked us to pick 3 letters and would try their best to gives us one of the three. I chose B, C, D – primarily because I wanted to be early in the movie, thinking that people may get fatigue watching so many shorts. I had no idea what I was going to do then, just that I wanted to be within the first 20-40 minutes.

Have you seen the film? Which is your favourite segment of the film?

Yes, I’ve seen it many times, and each time honestly there’s a new appreciation for someone’s segment. That’s not ass kissing to my fellow directors, it’s the truth. There’s a bunch that I really loved, based on my current mood and inebriation. This is one of the best parts of doing an anthology – it can satisfy on so many levels to so many different people and upon revisiting, can be re-experienced again in new ways. With so much material coming at you, you can only process so much at each seating.

Did you discover any directors because of this?

Yes, and I also got to meet a bunch who I was a fan of previously. That was the best part. Connecting with like-minded directors and ‘shooting the shit’ so to speak.

I recently watched Deadgirl on Netflix. That was one way to make a transition from Heavy Petting comedy to cynical horror. How did that come about?

I realized to get noticed in the indie circuit one had to push buttons. Deadgirl certainly did that.

I’ve got to ask, where did the idea of school kids violating a zombie woman come from?

The mind of the writer, Trent Haaga.

Deadgirl and ABCs seem a like transition into horror. Is that what you originally wanted to be doing? Do you want to be a horror director or will you branch out into other genres?

I like the dark underbelly of life and the world, and horror is a great way to explore that.

I’ve got one word: dogs. Heavy Petting, Deadgirl, D for Dogfight… Dogs… Are you, by chance, a dog lover?

Of course, I love dogs! They are the best actors to work with on set. They hit their marks, then lick you after.

Do you have any future projects you can tell us about?

I’ve got a few things brewing which will shoot this summer, but I can’t quite elaborate yet…! One’s horror (sort of) and one’s more of a dark thriller…I know, not much to go on, but…

Do you have a dream project?

Yes, it’s currently being written by two writers based on an idea of mine, David White and T.J. Cimfel who had a script on the Blood List last year. These guys are so good. I can’t wait to see the draft any day now. It’s a dark sci-fi thing.

From what I can tell from a lot of indie directors’ concern of divulging too much is that it’s an incredibly competitive field. Everyone seems to be quite tight-lipped about upcoming projects in case someone nips you to the post. Is it really difficult being an indie director?

I think everyone is tight lipped because these things are so incredibly hard to get off the ground that it all often seems like total bullshit until you show up on set.

What are your favourite films?

Favourites are hard, but off hand The Conversation comes to mind. And I just watched Universal Soldier: Day of Reckoning. Man that was solid.

So that’s Marcel Sarmiento, a grateful director who wants an audience and a chance to make even more films. He’s a director that will definitely be consistently interesting in his work. The ABCs of Death is out in cinemas now so do go see it and if you have Netflix you can catch Deadgirl over there right now.