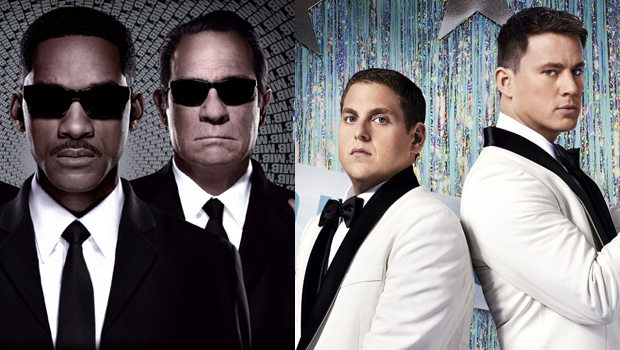 Sony has picked up the highly demanded screenwriter Oren Uziel to inject his talents into two well-established franchises for them this year: Men in Black and 21 Jump Street.

With the Men in Black threequel pulling in well over $625 million globally it swiftly became the highest-grossing entry yet so it was safe to say that Sony would keep a good thing going. Plot details for entry number four are under lock and key but Tommy Lee Jones is already expected to return as Agent K. What is still unclear is whether or not Lee Jones’ sidekick, Will Smith, will be involved in the project and, if he is, to what extent.

Last year’s 21 Jump Street was also more than well received, featuring Jonah Hill and Channing Tatum in this remake of the original series we all remember a very young Johnny Depp from. Both lead actors are expected to return to go deep undercover at a college, as hinted at in the first film. Two other actors expected to make a comeback are Ice Cube, as the garrulous Captain Dickson, and Dave Franco as Eric Molson. The names will remain intact on the back of the directors’ chairs as both Phil Lord and Chris Miller (currently working on Warner Bros’ The Lego Movie) are both signed up to return. Whilst the first draft of 21 Jump Street 2 has been written by Jonah Hill and Michael Bacall, Uziel has now been brought into the fold for rewriting duties.

Apart from 21 Jump Street 2 and Men In Black 4, Uziel is hard at work co-writing a Mortal Kombat reboot with director Kevin Tancharoen and also preparing a screenplay based on the novel Downtown Owl, written by Chuck Klosterman. If that wasn’t enough, Sony is currently pre-producing another of his screenplays, The Kitchen Sink, which relates the tale of two teenagers who team up with vampires and zombies to confront an alien invasion. Said film will be directed by Robbie Pickering (Prom Night) and is slated for an October 2014 release.

The first project we’ll see come to fruition is 21 Jump Street 2 which is currently slated for a June 6th, 2014 release in the US.