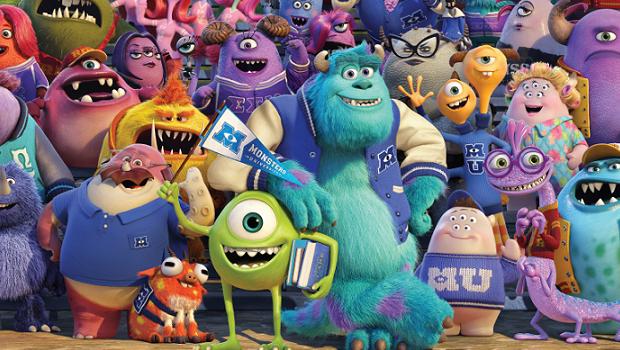 So how did everyone’s favourite monsters Mike and Sully actually meet in the first place? It’s an intriguing idea, brought to life in the second of Disney-Pixar‘s ‘Monster‘ films.  But can it live up to its immortal predecessor?

The film follows our heroes as they train to be professional ‘scarers,’ but Mike finds himself an outcast among the university monsters, and as such is probably the definitive ‘outsider’s outsider.’  He simply isn’t scary enough. Despite this, Mike takes on the impossibly frightening Dean of the University (Helen Mirren) in his determination to stay there.

Numerous strangely appealing characters are introduced in beautifully realised detail.  A character may only appear for a few seconds, yet we still get a strong sense of who they are.  The skill and artistry simply pours out of the screen, helped along by effective use of 3D – no mean feat. 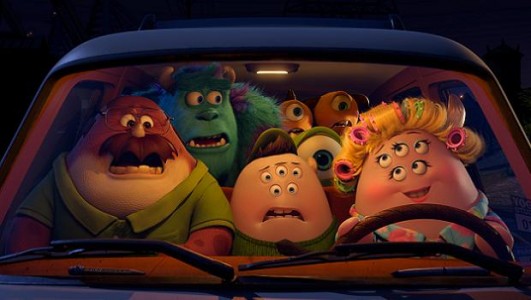 A riot of colour, fun and laughter, the film will keep its family audience glued to their seats.  It is packed full of great jokes executed with immaculate timing, yet the humour never descends to the level of the ’embarrassingly gross,’ like some of the other current ‘family’ entertainment.  Rather, the film is overflowing with great ideas, and in fact one of the best jokes comes after the end credits.

Overall the film may not be quite as satisfying as the masterpiece that was Monsters Inc, but it’s still an extraordinarily entertaining piece of work.  Deftly written, and never flagging in terms of pace or invention, Monsters University confirms the theory that we are living in a golden age of animation. Here’s hoping for a lot more monster fun in the future – there is no doubt that this will be another colossal hit. Walt would have loved it.

Scares are out for the summer as Monsters University is unleashed in cinemas across the UK from the 12th of July. In the meantime we’ll leave you with an exclusive clip as Mike and Sully head down into the gloomy basement for a somewhat unique Oozma Kappa initiation ceremony.