It appears that no one really knows whether or not there will be a fourth entry in the incredibly successful Iron Man series just yet. Or maybe—and this seems more likely—the team behind the film doesn’t want anyone to know about it.

Back in April 2013, Howard Gorman wrote about how it looked like Iron Man 4 was indeed out of the question after Gwyneth Paltrow (Pepper Pots) revealed that she was “fairly certain” the film wasn’t happening. She also said that the man playing Iron Man/Tony Stark (Robert Downey Jr.) will likely have the final say in the matter. Adding fuel to the “it’s probably not happening” fire was a note that Marvel’s Kevin Feig stated that the company was done with the Iron Man franchise for the time being.

But are they really? Frankly, it’s hard to tell.

As reported by Den of Geek, Downey Jr. pretty much confused the world when he confirmed and denied the fourth movie’s existence in the same day. After apparently making it clear that the film is happening in an interview on the The Ellen DeGeneres Show, the famed actor flip-flopped while sitting on the set of The Late Show With David Letterman. Downey Jr. stated that there’s no script for Iron Man 4, but that “there’s gonna be plenty of fun stuff to happen [with Marvel].” Oh. OK. You can watch the full Letterman interview below.

In looking at whether or not a fourth film seems plausible, you really have to consider the popularity of Iron Man 3. We praised it as “one of Stark’s best outings yet” in our review—and, as you likely know, other critics agree—while the box office numbers show that theatres were packed with fans of Tony Stark and his superhero alter-ego. As for the total numbers, the film raked in $1.3 billion (yes, billion) worldwide, with a majority (two thirds) being made in countries other than the U.S. Not only that, but the series as a whole has spawned well-received, and downright-fun, video game spinoffs that deserve sequels. 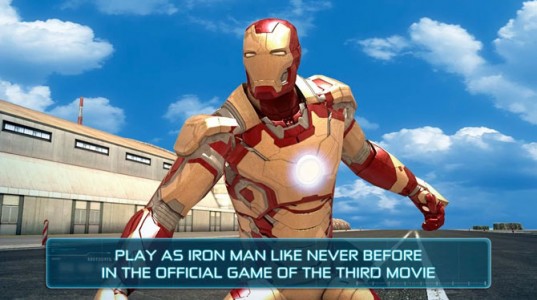 Following the release of the first two films, Betfair teamed up with game developer Playtech to create games based on the movies. They include action shots, music, and more elements of the films—you can download a demo to try them out for yourself—and continue in the ongoing tradition of successful comic book films being translated to the online gaming world. Likewise, mobile developers got in on the Iron Man action, most notably with a title specifically created for the third movie. It allows you to take control of the robo-suited superhero—Android users can pick up the game—and fly around while taking out enemies with a number of weapons in a variety of suits. While one could argue that gaming consoles deserve these games more than online casinos and mobile devices, that’s not what’s up for debate here. People clearly want to play as
Stark/Iron Man—and they’ll surely want to keep doing so.

Clearly, the world wants more from Stark and Iron Man, so what’s with the hesitation? Perhaps they’d like to take more time with creating the fourth installment or maybe a reboot is in order sometime down the line? Whatever the case, let’s hope that Marvel gives us some closure soon.