Schwarzenegger Most Definitely is Back 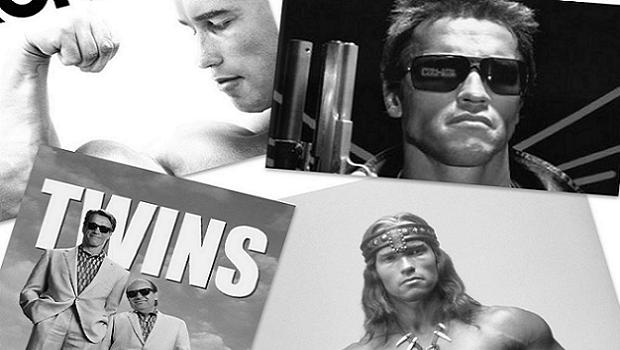 In a recent interview with Metro UK (via ComingSoon) Arnold Schwarzenegger has officially confirmed three projects involving him which are moving forward: The Legend of Conan, Terminator 5 and Triplets.

According to Schwarzenegger, Terminator 5 is currently being written by scribes Patrick Lussier and Laeta Kalogridis. Lussier is best known for his work on horror films, having directed the likes of My Bloody Valentine, Dracula 2000 and White Noise 2. Not a great track record we suppose, but then again, it will be interesting to see where he takes the Terminator storyline from here. Kalogridis, on the other hand, raises our hopes slightly more given her writing credits include Night Watch, Alexander and Shutter Island.

The second of the announced projects is the Universal production of The Legend of Conan, written by Chris Morgan, quite the hot property of late, having penned the last four Fast & Furious films and hard at work on number 7. If Morgan can deliver what he does with cars for horses then we can’t wait for the cast to saddle up.

The final film confirmed is the very long-awaited sequel to 1988’s Twins, called Triplets. Previously confirmed last year, Julius (Schwarzenegger) and Vincent (Danny De Vito) will discover a long-lost third triplet to be played by an actor with a striking resemblance to both of them, Eddie Murphy. Triplets will find Schwarzenneger teaming up with director Ivan Reitman once again after the pair worked together on the original Twins and also the 1994 comedy, Junior.

If all this wasn’t enough, the actor is also planning to go back to his iron-pumping roots with an hour-long series pilot entitled Pump. Schwarzenegger will executive produce the show which has already been sold to Showtime and he intends to appear on a regular basis, should it be ordered for a full series. Each episode will be based around a Pacific Avenue gym called Pump and all the fitness freaks who frequent it. The pilot episode will be written by Michael Konyves (Barney’s Version), who will also executive produce with the Tannenbaum Co.

It looks like T-101 was serious when he said he’d be back. Which are you all most excited about? Let us know below…