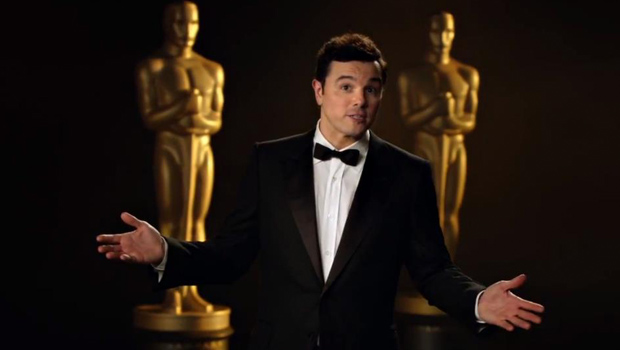 Despite the rather mixed reviews following Seth MacFarlane’s zany hosting of this year’s Academy Awards viewers amassed a massive 40.3 million viewers over 2012’s event which was hosted by Billy Crystal. It was also the case that MacFarlane achieved a much younger average audience with 20% more viewers ranging between the ages of 18 and 34. The telecast producers of 2013’s ceremony Craig Zadan and Neil Meron will be back for next year’s event and it would appear they were more than impressed by the outcome and have asked MacFarlane host the whole thing again.

Although sources suggest he has a couple of weeks to make his mind up, shortly after his first Oscar hosting experience MacFarlane tweeted there was absolutely no way he would be doing it again. Would you like to see MacFarlane back as host next year to see if he can improve on this year’s We Saw Your Boobs or is it time to look elsewhere? Next year’s Academy Awards are currently planned to take place on March 2. 2014.