Simon Rumley Talks P For Pressure in The ABCs of Death 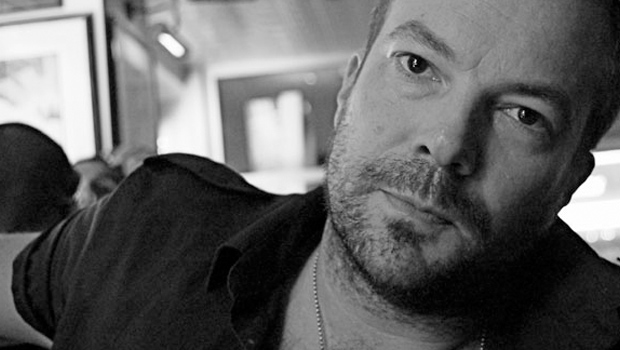 Next up in our run of The ABCs of Death Director interviews comes British filmmaker Simon Rumley. Simon has gained a lot of well-deserved praise and attention over the last few years, particularly since the release of The Living and The Dead which was later followed by yet another Rumley trademark hard-hitting film, RED, WHITE AND BLUE. Although he only really came into the limelight with the former faature film, he has been making films for well over a decade and the producers of The ABCs of Death clearly have a penchant for his unique trademark, asking him to get involved and provide a short film for letter P in the film. We had a chat with Simon and spoke about the challenges of filming in uncharted locations and we dabbled into his back catalogue and he gaves us a few clues as to which direction he’d like to go in the near future.

So The ABCs of Death is out on Friday in the UK but I believe you went to see a screening at the Prince Charles Cinema in Leicester Square the other day. Was that the first chance you got to see all 26 shorts edited together?

That’s right. All the British Directors went to the screening and it was a really fun night. It wasn’t the first time I’d seen it as I saw it in Toronto and also then in Sitges and Bruges. It’s one of those films where watching it once is not really enough. Twice is OK and three times is alright too but anything more than that is probably a bit too much (laughs).

Based on what other Directors have told us, most were just called upon out of the blue to film something for this. Was that the case with you also?

Well no, not really. I was pretty much involved from the beginning. Tim League, one of the producers had also produced Red, White and Blue, and also previous to that The Living and The Dead was screened at his Festival, Fantastic Fest. I’ve known him since 2006 when we shot Red, White and Blue and literally stayed at his house for about twelve weeks in the process. Then, when I was in SXSW with Little Deaths, on the way home after one screening Tim mentioned the idea to me and asked me what I though about it and if I’d like to get involved. I always thought it was a fun idea right from the word go and it’s been a really good project to be a part of.

It certainly sounds like fun but from a Director’s point of view was it not a bit daunting the thought of having to render a story down to a mere five minutes?

Yes, that’s a good point. I mean quite a few of the sections are more sort of sketches but there are a bunch which are short stories, as such, and I think mine is one of the latter. I guess my vision for my piece was always that I should do it kind of like a commercial in as much as it is a lot of very quick cutting – you blink and you miss something. Whether that is a good thing or not I don’t know but that was always my conceit – to tell a proper story and also with no dialogue. It came with it’s own challenges and compressing the story was a challenge in itself. There were a lot of different locations with us having to get it shot in a fairly short period of time too.

So your segment is P for Pressure (originally Paramaribo). With Little Deaths I know you had had an idea lingering for around 20 years before you filmed Bitch. Was it the same case for Pressure?

Well, firstly the name was changed to Pressure in the end basically because people started asking what on earth Paramaribo was so the producers consulted me and I went along with the name change.

Regarding the idea for the short, it certainly had been with me for some time, certainly not twenty years, but when the idea for ABCs came about I was actually writing a script for a feature film about these things called “crush videos” which I’d heard about on the internet.

I thought this was an interesting idea to explore and rather disturbing at the same time. I guess I wrote a sort of Hitchcockian thriller about a young girl whose cat goes missing and then she finds out about these crush videos when her friend’s brother shows them to her and she then gets kidnapped. It all then becomes Crime and Punishment really. In short, I took inspiration from a full 96 page script that I had already written.

Talking of scripts can you tell us you are up to at the moment? I have seen various rumours around the net and also on IMDB but not sure which are really in the works.

Well, when I was younger I used to think that whatever script I was working on was the one I was going to film but as I grew older I realised that regardless of whether you are a Producer, Director, writer or whatever you have five or ten or thirty scripts on the go so what everyone finds out about films being made on the internet is only really being filmed if it says it is in production. Anything that says pre-production on IMDB just means they are things in the process of being developed but the stuff up on there at the moment are kind of floating around but I’m not writing them or anything.

I have also seen that you are beginning to co-write projects with other people for upcoming projects. Did you get any help with say the Red, White and Blue script as I wouldn’t even know where to begin to write a story set in Austin, Texas? How did you manage to pull that off?

Tim League certainly did help me out with things for that film but the script was not one of them. I mean, I guess I’d been to Austin a few times and I’ve seen lots of films and traveled a lot. It was very much the same for Pressure. I’d never been to Suriname before but I had my script and an average idea of what we were going to do and then, once you get on location, it’s very much a case of adapting the script to fit in things that you didn’t realise were part of the daily life.

Also filming with local actors, using a local crew, the location, etc. All these things help in making the film appear completely organic to the setting.

So when you find yourself, an English Director, organising people from Texas for a story set in their town, did you not feel in a kind of strange position of authority telling them how you wanted it all to work?

Yeah, that’s interesting. Honestly speaking, not really. I guess I just went and did it like most things I do and it’s only like ten years later that I think “Oh fuck. Did I really do that?”

The same was the case for Pressure. The cameraman and myself went off to Suriname together. He is actually from there and it was literally just him and me that produced the short. I had never been there before and we had absolutely no locations, no actors or anything. The cameraman rang people up and spoke to them in Dutch or Surinamese and we’d then go and meet them with some meetings working and some not. This also happened with Red, White and Blue. Some actors read the script and just didn’t want to be in it and so in the end those who did decide to come on board obviously saw something in the script that they responded to and everyone was just trying to come together to make the best from the script. In both locations it’s been such a pleasure to work with all these people.

Looking to the future, your more recent work has been extremely dark, fly-on-the-wall material. Do you plan to move in the same direction or have you got you eye on trying you hand at something a bit more upbeat?

Yeah, more romantic comedies (laughs). Well I do think with Pressure, Bitch, Red, White and Blue and The Living and The Dead I have tackled some fairly uncompromising and tough films and the scripts I’m writing at the moment I’d say see me trying to put the tougher stuff aside and I’m trying to go just a little bit more commercial, just because it’s been difficult making films and getting them seen. Relatively speaking, we have been very lucky as we have had global releases and, considering how raw they were, they have been well accepted. For this reason I’m happy to make something a little more commercial, not overly so of course, but it is certainly one step away from the hardcore, rough stuff. I’m hoping to keep my trademark but make things a little more accessible.

Thanks to Simon for speaking to Cinema Sauce. For further information about The ABC’s of Death, out in Cinemas tomorrow, visit the Facebook page. For any further details about Simon’s upcoming projects you can also visit his official website.