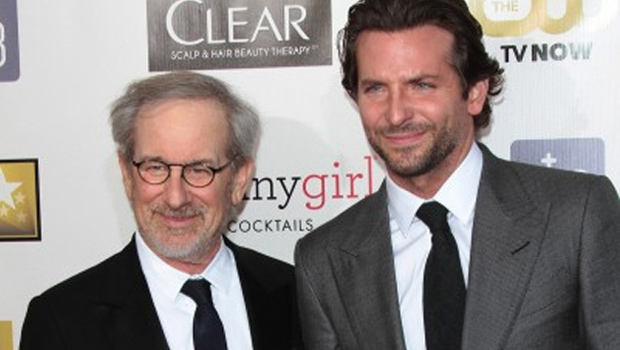 Steven Spielberg seems to have taken over the news today. First Jurassic Park 4, then involved in Nolan’s Interstellar, and now it has been announced that he will be directing American Sniper, relating the story of a trained marksman based on Navy SEAL Chris Kyle’s autobiography American Sniper: The Autobiography of the Most Lethal Sniper in U.S. Military History.

DreamWorks has now attached Spielberg to direct the film, which already had Bradley Cooper on board as the lead role since this time last year together with screenwriter Jason Dean Hall who penned Paranoia, a film currently in post-production starring Harrison Ford, Gary Oldman and Liam Hemsworth. Director David O. Russell (Silver Linings Playbook) was also in talks to direct the film last autumn but nothing came of that. Cooper is also producing this project via his newly established 22nd & Indiana Pictures company.

Chris Kyle’s autobiography relates how he racked up the most confirmed kills for an American whilst serving in the armed forces, with sections of the book written by his wife detailing how her husband’s affections moved away from her and onto the SEALs and fighting the war. The film script is said to relate Kyle’s early beginnings as a rodeo cowboy up until his latter years on reaching the rank of SEAL Chief. Kyle was shot down last February at a Texas shooting range by a discharged veteran.

With Spielberg taking on this role, it would appear that another project his name is attached to, the Sci-Fi film Robopocalypse, may have been temporarily delayed. We’ll keep you informed as news comes in.