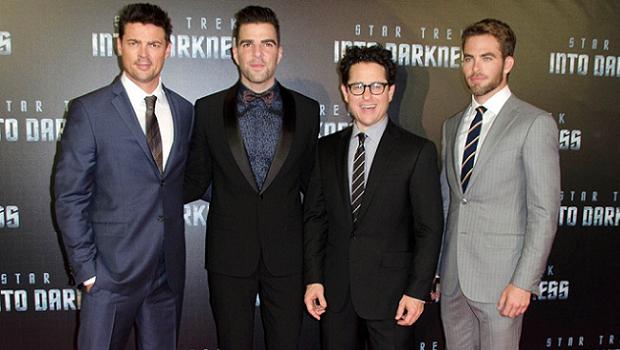 Captain’s log, stardate 41153.7. Star Trek Into Darkness raked in an impressive $70.6 million during domestic launch weekend, knocking Iron Man 3 off the top spot, where it had sat over the past two weekends.

Paramount‘s head of distribution, Don Harris, stated that domestically speaking, Into Darkness came out of its first weekend 6 % up on the revenue brought in from 2009’s Star Trek, which got a head-start with $4 million from previews screened on Thursday night that gave it a $79.2 million haul through the opening weekend.

He went on to confirm Paramount’s confidence that Into Darkness will have a great deal of holding power at cinemas, to go on to surpass the $385 million worldwide total the original raked in back in 2009.

Globally, the movie has stacked up a total of $80.5 since opening outside North America on Thursday, resulting in a combined total of $164.5 million.

To see out how The Enterprise landed around the worls here’s the stars of Star Trek Into Darkness attending the premieres all around the globe.

Let us know your reactions to the movie in the comments section below.