The ABCs of Death Review 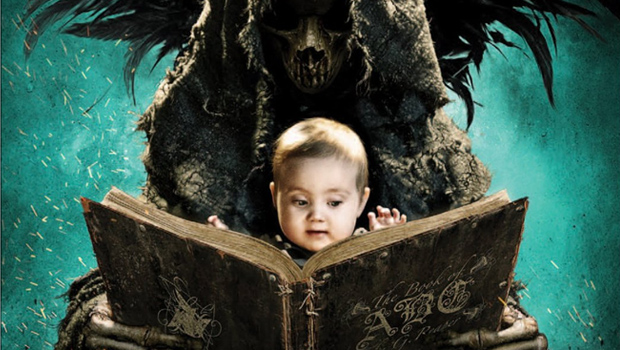 Essentially, reviewing The ABCs of Death is to review 26 shorts related to death, linked only by the fact that each segment begins with one letter in the alphabet. There’s no plot, you are solely there to see 26 different ways to die. From the simple G for Gravity to the weird H for Hydro-Electric Diffusion to the utterly messed up Z for Zetsumetsu, to the insensitive M for Miscarriage. Completely inconsistent and incoherent, it ranges from great to utterly terrible. It’s one big two-hour messy mish-mash of ideas done for $5000 each. Its disparity is what’s annoying as well as ranging from serious to parody too often with too short of a time to set any real atmosphere. It’s an empty viewing of laughing with and laughing at, wincing with and wincing at.

Normally there’s a summary of the plot but there’s no plot to summarise. It’s 26 ways to die. There’s nothing more to it. Some are funny, some are gruesome, some are great, some are terrible; this range is something that is a positive and a negative. With absolutely no producer intervention it has lead to total creative freedom but, in some cases, utter laziness. There’s nothing scary, enjoyable or funny in a few segments. It’s almost offensive how little some directors tried. With some it was from lack of time but others it seems they did it to just do something and get their name out there, to simply promote themselves and not to entertain. It’s an appalling way to treat the audience if there’s going to be an empty segment.

The ABCs of Death could weirdly do without the A, B and C segments – these don’t help the audience engage in the film at all. A is for Apocalypse doesn’t show the apocalypse, only some sound-mixing in the background meaning it has absolutely nothing to do with the apocalypse. It’s short-changing the audience straight away. B is for Bigfoot is gratuitous nudity and a how-not-to-be-a-parent video. C is for Cycle is an interesting idea but is a wasted concept in a 5-minute short about death. Reviewing them all will be tiresome but the standout letter is D for Dogfight which is brilliantly shot and an idea that is perfectly suited for this idea. It’s a brief idea with a short arc that’s original and a wonderful way to be creative, gory and to actually care about it.

It seems the film is packed with disappointing shorts but there’s credit for some great ideas too and there’s a lot of fun to be had with a participating audience. Some of the audacious ones are greatly comedic and have moments of good fun but then you go back to the boringly shot, badly animated, silly titled E is for Exterminate. Sitting through them all is good fun because you know the bad ones don’t actually last that long, a good way to know that the suffering won’t be as long as a feature length. For all its bad there’s a lot of good, a lot of potential and a lot of potentially interesting directors. It’s still a bit of good fun to sit through despite its pitfalls and the running time is barely noticeable because of the quick zip from one story to another. It’s hard to praise, difficult to overly criticise, tricky to remember but a ride that’s worth it even though it is unfulfilling. If only it was the DHIJKLNOQTUVXYs of Death.