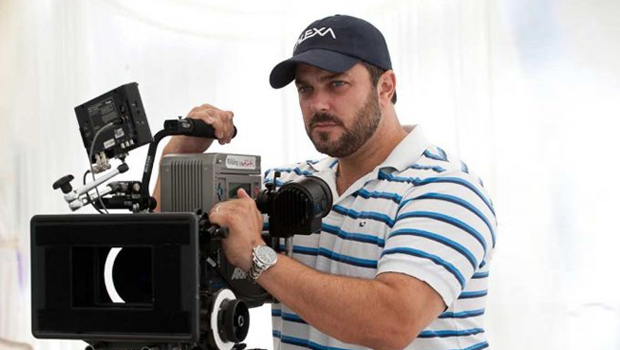 Last Friday saw the US release of the comedy The Big Wedding, starring not one, not two, not three, but four Academy Award winners – Robert De Niro, Robin Williams, Diane Keaton and Susan Sarandon. Although the film doesn’t hit UK theatres until the 29th of May we spoke to the film’s writer and Director Justin Zackham. He spoke to us all about The Big Wedding but we’re keeping that on ice until nearer the UK release date. HAving said that, he was more than willing to share some details on the upcoming British film he penned the screenplay for, One Chance. Said movie is a drama/comedy focusing on an aspiring singer who turns into a reality-show sensation overnight. If you haven’t already guessed who we are talking about, the film relates the rise to success of none other than Paul Potts with James Corden slipping into the Carphone Warehouse worker’s shoes. Corden is accompanied by an all-star cast featuring the likes of Mackenzie Crook, Colm Meaney and Julie Walters. There’s even a rumour that one of the Producers, a certain Simon Cowell, could be putting in an appearance, but unfortunately Zackham couldn’t confirm that. Here’s what he had to say to us.

So Justin, I hear you wrote the screenplay for the upcoming British comedy, One Chance which was directed by David Frankel (The Devil Wears Prada, Hope Springs). How is it you got involved in this project? As it’s now in post-production can you tell us a little about how the filming process went?

Well it’s finished now and I actually saw it a couple of weeks ago. I’m happy to report that the end product has turned out great. The whole project came about because one of the producers of the film had seen The Bucket List, which I wrote and directed, and he said that he wanted whoever had made that film to write for this Paul Potts project. At that time he had no idea that I had British nationality so he was surprised by that once I was contacted. I have to say that the entire cast is absolutely amazing and what can I say about Jamie as Paul Potts? He is just brilliant.

So you were contacted by the producers directly but what was it about this story that got you interested? Is it also true that you have Simon Cowell written into the screenplay as a part?

Well Simon is one of the producers but I can’t really give too much more away than that. Basically, I watched the YouTube video of Paul and then after that I travelled to Wales and I spent some time with Paul and his wife Jules. They just have this incredible, silly but romantic relationship so the film became as much about their love story as it did about the improbability of this guy who works in Carphone Warehouse having such an amazing singing voice.

The film relates everything it took for Paul to get to the stage in front of the panel of judges. After seeing his video for like 30 seconds I knew I had to write about this guy. I’m so proud of the film.

The way you describe it makes it sounds more of a drama but I’m guessing that with the cast involved it must be quite comical also.

Well what James Corden is so great at is he is funny but then, in the touching moments, he’s an amazingly good actor. He’s sort of got that Robin Williams thing where he can go from comedy to true emotion and your heart just rips out for this guy. We deal with all of the setbacks he had on the way to Britain’s Got Talent. Then of course there is Julie Walters who is truly amazing.

So will Simon Cowell eventually make an appearance in the film. We say it certainly looks that way but we’ll have to wait to find out. Although no release date is set in stone yet, it looks like we’ll most likely be able to see One Chance towards the end of this year.

Cinema Sauce will be publishing the entire interview we conducted with Justin Zackham and his partner-in-crime and producer of The Big Wedding, Clay Pecorin very soon so watch this space.

In the meantime, here’s the trailer for The Big Wedding which hits UK cinemas on the 29th of May.