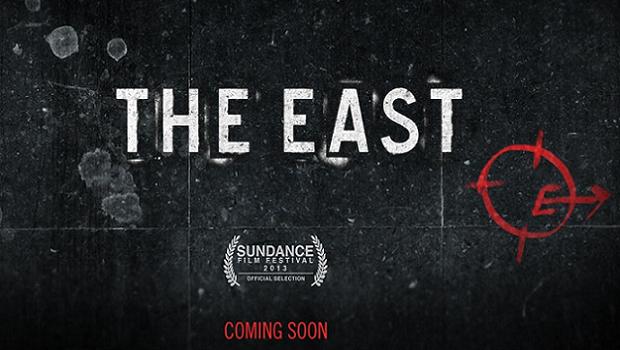 The East starring Brit Marling (Another Earth), Alexander Skarsgård (True Blood), Ellen Page (Juno) and Patricia Clarkson (Station Agent) will be released in cinemas across the UK & Ireland on June 28th 2013. If you can’t wait that long, and we are sure you can’t, then you are in luck! The film is all set to be screened at both this year’s East End Film Festival and Edinburgh International Film Festival, both of which will be attended by the films director Zal Batmanglij.

Already one of the official selection at this year’s Sundance and SXSW Film Festivals, The East finds Director Zal Batmanglij teaming up once more with with actress/co-writer Brit Marling following in the footsteps of their critically acclaimed debut feature Sound of my Voice.

This tense espionage thriller pits Sarah Moss (Brit Marling) as she finds herself going deep undercover for her corporate security firm with a mysterious anarchist group that has been terrorizing corporate CEOs. The closer she gets to her targets the more she finds herself questioning the validity of her whole worldview.

Pre-booking for the film at both festivals is already possible with all details along with links to purchase tickets online provided below: