The Human Centipede 3 Casts Eric Roberts for the Final Sequence 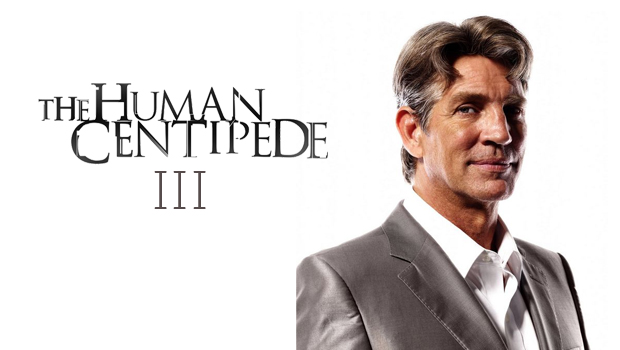 Roberts has had a sporadic career, from facing Batman in The Dark Knight to creating amphibian hybrids in Sharktopus. His confirmation in The Human Centipede 3 (The Final Sequence) however, has certainly made big news in Hollywood.

He is listed as ‘Governor’ on his IMDB page, and rumours have spread that the film is set in a prison where a reported 500-person long centipede will be attempted.