This Is The End Restricted International Trailer 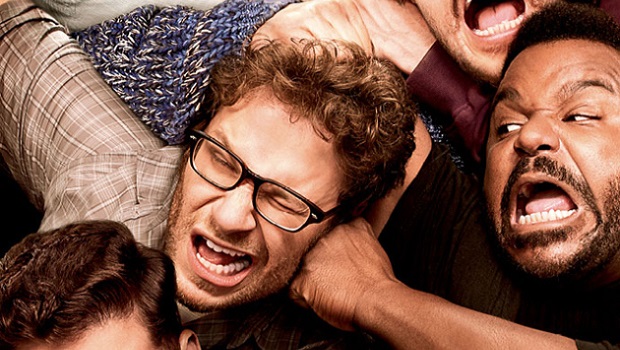 This is the End came from a short with Seth Rogen and Jay Baruchel (Jay and Seth Versus the Apocalypse) from 2007 which was directed by Evan Goldberg for his final film at college. Now they’ve returned with a much bigger cast and Seth Rogen also in the direction seat to play the way audiences perceive them.

In this, they play exaggerated forms of themselves in an end of the world scenario where they’re forced together to try and survive impending doom. Now with a much bigger cast, some cameos – an axe-wielding Emma Watson – and a bigger budget, they’ve come out all guns blazing into making this a raging piece of comedy. One of the trailers for this film was Seth Rogen and James Franco sitting around a table discussing things, pretending to make Pineapple Express 2 on April Fool’s Day and discussing masturbation rules and etiquette. It’s the typical comedy you can expect from an impressive cast that will, of course, make this what it is. My only concern from the trailer below is possibly divulging too much but that’s for you to decide.

We’ll find out soon enough on June 28th of 2013 in the UK but it’s reminiscent of The Watch except funnier and our British equivalent, The World’s End, will compete with it too. Duplicates seem to be quite often now – Olympus Has Fallen/White House Down, No Strings Attached/Friends with Benefits – and most will compare but this already looks to be like one of the funniest comedies of the year.