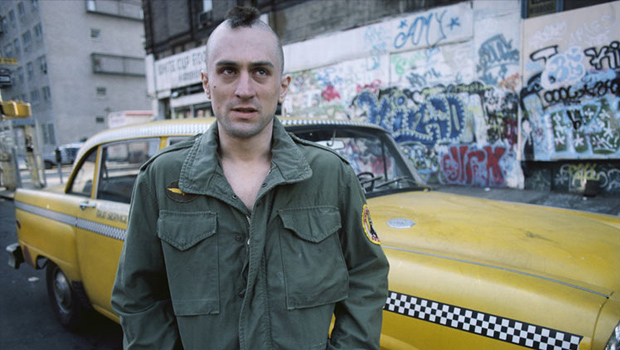 We all like a bit of a wrong ‘un. Someone who has a bit of an edge, yes? Cinema is littered with lead characters that blur that line between right and wrong, are morally ambiguous, or just have moments where they are an epically horrible little bugger. I have compiled a list; it’s below this text that you’re reading now. Go on, read it or I’ll box your ears. (Okay, so I am not a very good antihero, the following list has better examples). 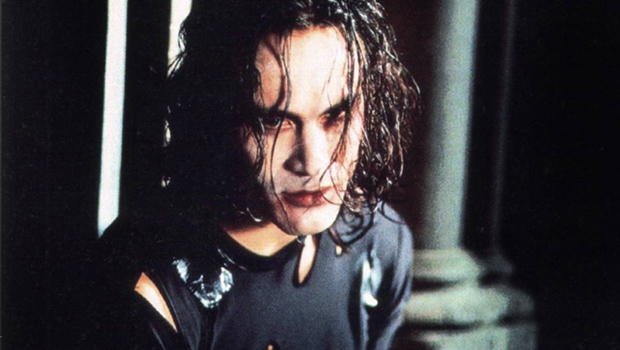 The costume choice of many an unimaginative goth trying to impress girls at Halloween. Before that, Brandon Lee portrayed a dark, troubled and haunting protagonist in Alex Proyas’ excellent 1994 film. Overshadowed by the tragic death of Lee during filming, The Crow still casts an iconic image. Sequels followed and an upcoming remake is due, so expect Halloween parties to once again be full of males standing in the corner, attempting to exude a brooding charisma. 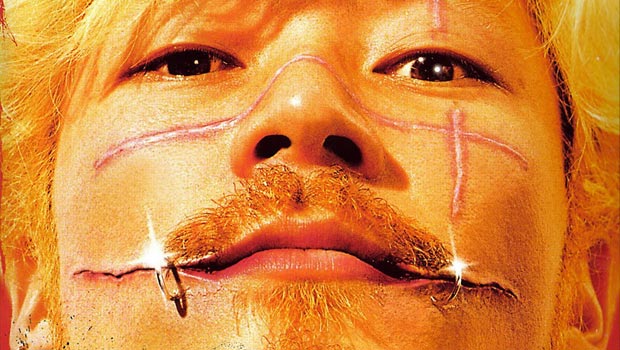 The eponymous lead in Takashi Mike‘s tremendously violent Ichi the Killer. As warped an antihero hero as you could want to encounter, and violent, very violent. 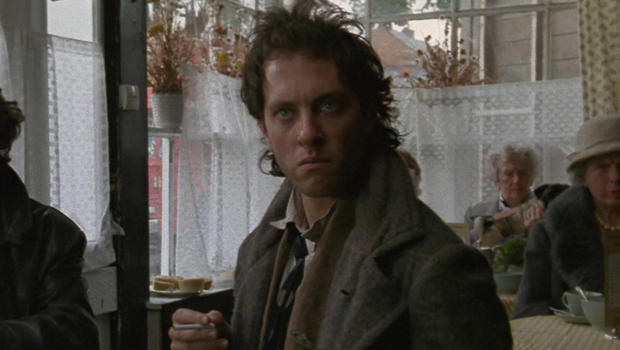 Richard E. Grant’s finest hour comes in Withnail & I, as a drunk, flamboyant, struggling and unemployed actor. Splendid dialogue throughout, delivered pitch perfectly by Grant and the rest of the cast. Popular drinking games followed to drink along with Withnail, though few could do it with such style. 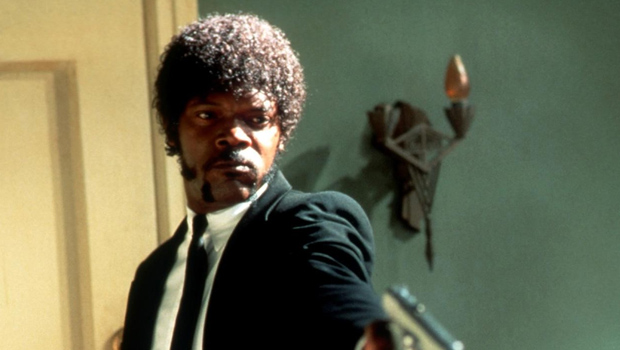 Pulp Fiction’s Bad Mother F****r. Cool, edgy and deliverer of some of Tarantino’s best ever dialogue. Bible quotes will never be the same again. 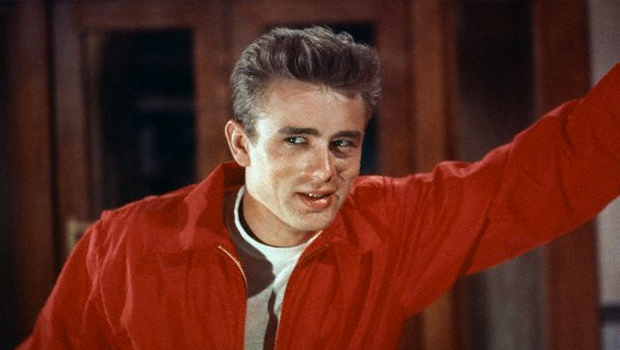 James Dean as a true Rebel Without a Cause. The quintessential troubled, rebellious teen, Dean’s performance stands the test of time wonderfully, and shows the emotional confusion of youth perfectly. 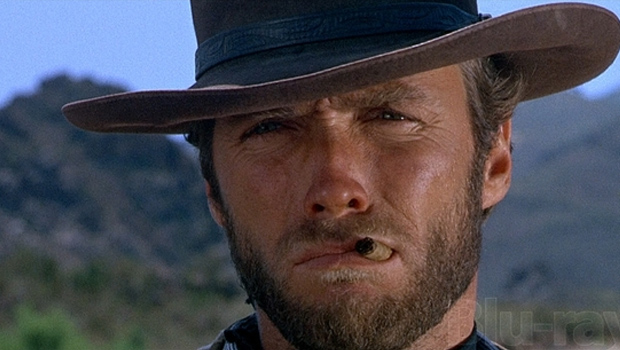 They don’t make ‘em more antihero than this. This was a term for a stock character in Western films, though the term became synonymous with Clint Eastwood’s roles in Sergio Leone’s Spaghetti Western films. Cold, hard and an ultimate badass. 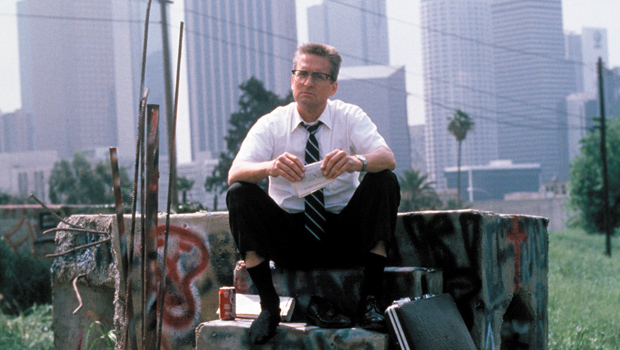 I think we have all imagined going Falling Down, at one point or another. None of us could do it this well though, surely. Morally questionable yes, but Michael Douglas as a man so far over the edge, he can no longer even see the edge, strikes a chord in a way he probably shouldn’t. 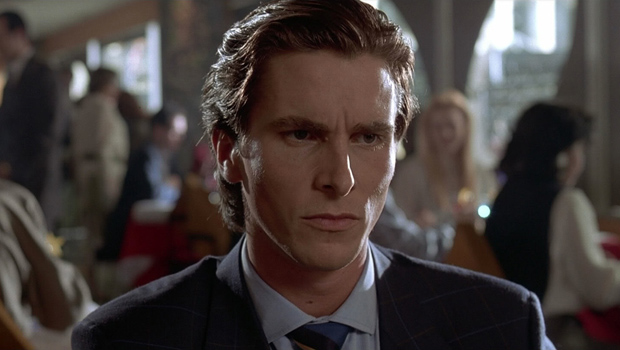 A combination of a character crafted magnificently in Bret Easton Ellis’ novel American Psycho, and Christian Bale’s slick and sinister performance leave viewers disturbed yet entertained. It is an odd dichotomy of feelings that cut through both the novel and the film. For any humour present, there’s plenty of horror to offset it. 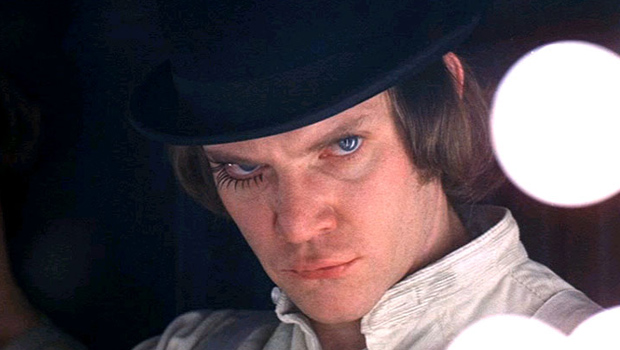 A charismatic, sociopath, leader of the “droogs”, and protagonist in Kubrick‘s social satire, A Clockwork Orange. Malcolm McDowell gives his portrayal of Alex his all and we’re left with an utterly reprehensible character that is somehow, almost, likeable. See the entry for The Crow for lazy Halloween choices also.

A Vietnam War veteran, now lonely, depressed and living in New York. Disgusted by what he sees around him while working late night as a Taxi Driver, fantasies of cleansing the streets ensue. The mohawked vigilante has the De Niro snarl and swagger, but a vulnerable anger is at the core. Brilliant dialogue written by Paul Schrader, Martin Scorsese‘s consumate directing and the streets of New York City give their all, and we’re left with a character and a story that really hits home.

That rounds off my Top 10 Antiheroes! I hope you enjoyed it. Make sure to follow @CinemaSauce for more Top 10’s and the best movie interviews!