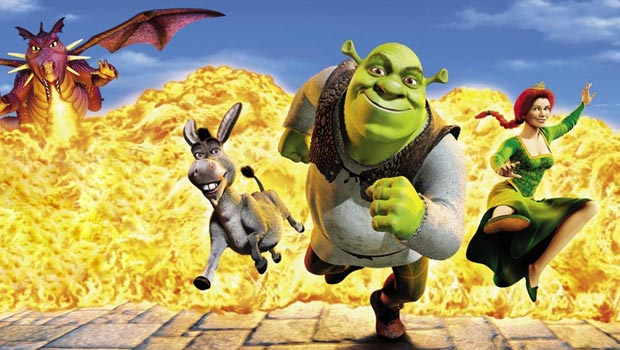 Once upon a time, there was a boy called Simon. His first real cinematic experiences were of fairy tale movies. When he was younger, Disney movies formed the centre piece of his film tastes. Then he got older, ultimately, more pretentious, cinema cast an evil spell and in his teens he was transfixed by other things, he wanted to edge into more grown up tastes. But the spell was broken, as he became less pretentious and realised the films he loved as a child and ones with a fairy tale flavour can be unbelievably awesome. Here is his list, he’s used a fairly liberal definition of fairy tales, which will no doubt be a bone of contention, but Simon says the list was hard enough, so leave him alone. He based the list on a definition of fairy tales which involves myth, folklore and an often cautionary theme. Then people read this list, liked it and they all lived happily ever after.

Walt Disney’s adaptation of J.M. Barrie’s classic tale captures a child’s imagination like few other films can. Released in 1953, a superbly sinister Captain Hook was always my favourite, a beautiful story with rounded, engaging characters; it’s a movie that has aged splendidly.

The film that put Johnny Depp on the map, Tim Burton sets his stall out for his career to follow. A marvellous score from regular collaborator Danny Elfman sets a perfect tone, Dianne Wiest is simply superb and an opportunity for Burton to work with one of his idols Vincent Price. Subtle, layered and a fine example of a modern fairytale.

Primarily based on Lewis Carroll’s Alice’s Adventures in Wonderland with some additional elements from Through the Looking-Glass, upon its 1951 release, it was met with great criticism from literary critics, but serves an enchanting role as something completely different to many other films of its ilk and had a renaissance due to its psychedelic nature, amongst teenagers, generally students, into psychedelic things.

Let’s get it out the way, Bowie’s codpiece, it stays with you. Jennifer Connelly in an early role is excellent though and all the magic of Jim Henson is present. Upon reflection, it probably doesn’t date as well as we’d hope, but it’s iconic in the best way possible and a definite cult film, people who love it, love it.

An adaptation of Roald Dahl’s book of the same name sees David Jason cast as the eponymous BFG. All the silliness that makes Dahl my favourite Children’s writer is brought to the screen, along with some genuinely scary moments, as we follow Sophie (named after Dahl’s granddaughter Sophie Dahl) and her adventures with the world’s only good giant.

Another entry from the studios of Walt Disney, but this is just so good. There’s so much goes on in this film, when I re-watched it as an adult, I genuinely felt like I’d pieced together three or four of my favourite childhood films. Absolutely amazing when things go a bit dark. The scenes on Pleasure Island are amazing. I have a friend who also has a phobia of open water; we both know this film is to blame. Pinocchio won two Academy Awards, one for Best Original Score and one for Best Original Song for the song “When You Wish upon a Star”.

Aside from the fact this is one of the finest collections of comedy heavyweights on screen in a single film, this has literally everything, everything you could want in a film. William Goldman adapted the script from his own novel; romance, comedy and adventure all play their part. Also, it has Andre the Giant.

A DreamWorks version of the fairy tale, it subverts and embraces the fairy tale all in the same breath. Excellent comedic performances throughout, Eddie Murphy giving one of the performances of his career, a sweet moral message and much like The Princess Bride, the feeling of a kids movie that has plenty of moments for the adults too.

Hayao Miyazaki’s 2001 film, produced by Studio Ghibli tells the story of Ten-year-old Chihiro Ogino. What follows is a true fairy tale, the transition from childhood to adulthood is explored through Chihiro’s experiences, trials and tribulations, this is a dense piece of cinema with way more than meets the eye. Just stunning.

El laberinto del fauno is arguably Guillermo Del Toro’s finest work. Superbly acted by a tremendous cast, the fearsome elements of fantasy combine with those of reality to create a beautifully engrossing parable. Set against the back drop of the Spanish Civil War, the story of Ofelia draws influence from Roman and Greek myth as well as much older fairy tales to create something unique, yet utterly everything we loved about fairy tales as children. See also The Devil’s Backbone, to which Pan’s Labyrinth is the spiritual successor.