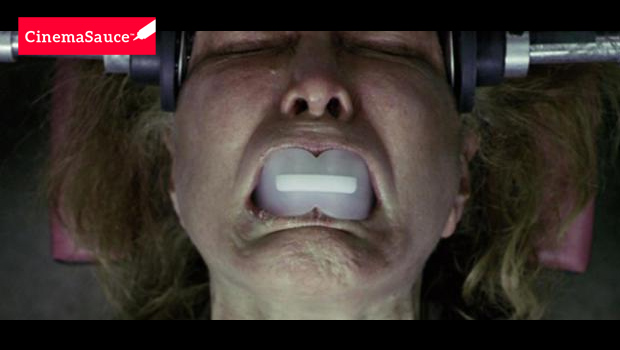 So, I like depressing films. I really like them. They’re my favourites to watch, and they bring me much joy. Okay, I may have missed the point slightly. Nonetheless, melancholy, heartbreak and generally downtrodden characters work for me, and as my second favourite author Richard Yates once said, “I’m only interested in stories that are about the crushing of the human heart.” Then again, Ice Cube said, “Life ain’t nothing but bitches and money,” so I don’t know what to think really.

Anyway, here’s my list of personal recommendations of ten disheartening and dispiriting movies.

Ladies’ favourite Ryan Gosling and Michelle Williams shift back and forth through their timeline to present the initiation and dissolution of a troubled relationship together. The pathos is palpable in the central performances, the score from Grizzly Bear undercuts everything beautifully and a simple story of modern romance is given everything it needs to grip you through excellent direction from Derek Cianfrance.

9. One Flew Over the Cuckoo’s Nest

Milos Forman’s direction won him a deserved Academy Award and Jack Nicholson’s portrayal of Mac Murphy is still arguably one of the best of his illustrious career. Superb portrayals of vulnerable and human characters come from an excellent ensemble cast. Brad Dourif and Louise Fletcher in particular stand out (Fletcher’s role as Nurse Ratched also nabbed her an Oscar) and a climax which is truly moving. I’ve also never looked at Juicy Fruit chewing gum without thinking of this fantastic film.

Allan Clarke’s tale of life inside a British Borstal garnered much controversy, mainly due to graphic scenes of racism, extreme violence, rape, suicide and some very colourful language. Ray Winstone heads the young cast of inmates and his rise to the top of the pecking order is the main thrust of the story, however, the brutality endured by all within the system will stay with you long after the credits roll.

I hadn’t seen American History I through IX, so I’m surprised I got into this one so easily…..Sorry. Edward Norton gives a compelling performance as reformed Neo-Nazi Derek Vinyard, and this movie’s dealing with race and racism is one which is captivating and interesting throughout. The dialogue occasionally misses its mark, but Edwards Norton and Furlong’s spot on delivery carry it through.

Billed as a sport drama, something happens, and well, Roger Ebert got into trouble for giving away a spoiler in his review, then he made the perfectly valid point that even warning about spoilers would itself be a spoiler. So I’ll not say much more other than watch it and that Hilary Swank and Clint Eastwood are very good.

5. Grave of the Fireflies

1988’s Studio Ghibli’s production still stands up as one of the best and most powerful war films, and one of the greatest animated films ever. A heartbreakingly sad anti-war film, powerful, thought provoking and ultimately, achingly affecting.

Written and directed by Gary Oldman, this semi-autobiographical tale is unflinching in its depiction of a working-class South London family. Kathy Burke as Valerie and Ray Winstone as Ray head a story of a family trapped in a cycle violence, addiction and poverty. Such an honest view of Britain’s underclass is one you really need to see.

A bleak and harrowing adaptation of Cormac McCarthy’s Pulitzer Prize winning novel. The narrative of Man and Son trying to survive in a post-apocalyptic world is truly haunting. This is a dark, dark film.

Paddy Considine directs an incessant, grim and determined film, one seemingly without hope, but containing beautifully uncompromising performances from Peter Mullan, Olivia Coleman and Eddie Marsan, gripping from start to finish, this visceral look at rage and its destructive nature is a compelling piece of filmmaking.

1. Requiem for a Dream

Darren Aronofsky’s imagining of Hubert Selby Jr’s 1978 novel is unrelenting in its portrayal of addiction and the utter devastation it causes. Every performance, every shot, every line, is pitch perfect. Clint Mansell’s score is now instantly recognisable through its use in the background of various television montages, but here, it adds tension and drama, where there is already too much for any viewer to deal with.

This is my favourite film of all time. I have far less friends now than I would have if I didn’t insist on recommending this to people regularly. This is utterly soul destroying in the best way possible…..