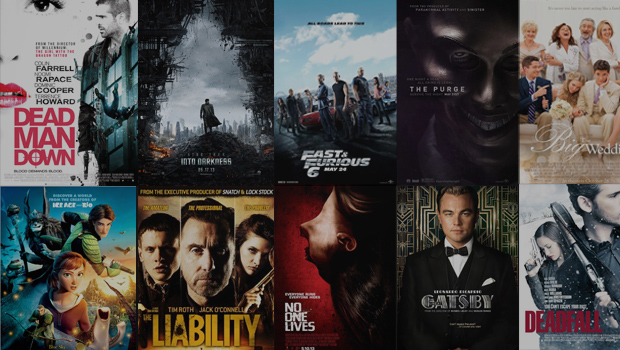 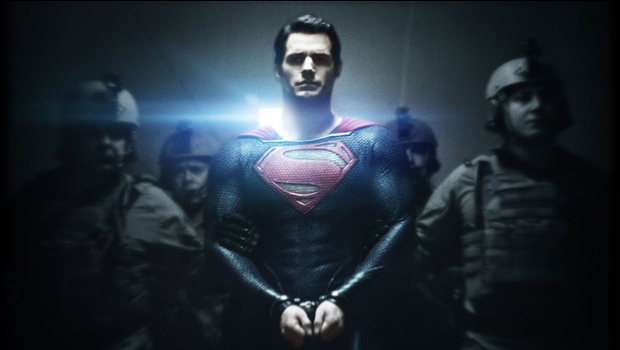 A new month is upon us and the first Top 10 Films of the month section for Cinema Sauce. Each month we’ll be providing you with what we think are the Top 10 Films most worth watching. Each month’s list will also include a few opinions from our team as to what the pros and cons of each film are.

Take a look below for what’s HOT this month and then watch the trailers!

+ Directed by Niels Arden Oplev, the Director of the original Millenium trilogy. What more do you need? His upcoming Stephen King’s Under the Dome television series certainly needs checking out also.
+ With the exception of the disappointing Total Recall remake, Colin Farrell tends to provide some nice ass kicking movies.
– WWE Films is one of the producers of the film. Hopefully they haven’t meddled to much to provide something along the lines of The Marine or See No Evil.

Watch the Dead Man Down Trailer

+ Everything is a plus for this one really. J.J. Abrams is back so we can’t really ask for more.
+ Fans of Sherlock rejoice as Benedict Cumberbatch takes on the role of John Harrison. Thank goodness Spielberg recommended him to Abrams.
– The only down point really is that J.J. Abrams had to compromise and convert the film to 3D after completion. I for one won’t be sitting through this with those glasses on.

+ The film was directed by the great Stefan Ruzowitzky who won an Academy Award in 2008 for The Counterfeiters.
+ Although advertised as an action flick, the film provides a unique storyline with the female characters moving all the chess pieces and some unexpected, intriguing family back stories.
– Unfortunately very poorly publicised meaning it won’t reach anywhere near as many viewers as it rightly deserves.

+ Directed and written by Baz Luhrman of Australia and Moulin Rouge fame.
+ Leonardo DiCaprio was drawn to playing Jay Gatsby as he is a character who “came from absolutely nothing”. Gatsby can be interpreted as a hopeless romantic, a total wacko or dangerous gangster so we are eager to see how DiCaprio tackles this role. Oscar time for him at last perchance?

Watch the The Great Gatsby Trailer

+ Fast 5 Director Justin Lin is back so this can only mean even more over-the-top, out-of-this world action fury.
+ Some high-flying Brit talent makes a welcome entrante to the franchise – Luke Evans and Jason Statham.
– (Spoiler) The film is said to end on a TV series end-of-season cliff-hanger so we’ll be left anxiously waiting for part 7.

Watch the Fast And Furious 6 Trailer

+ Great cast, particularly Tim Roth, Peter Mullan and star-in-the-making, Jack O’Connell.
+ Tim Roth originally played a hitman role back in the 1984 film The Hit. Expect a top performance from him as a cold, yet sentimental hitman.
+ Excellent direction from Craig Viveiros, the man behind the recent British inmates film, Ghosted.

Watch the The Liability Trailer

+ Directed by Chris Wedge, famous for Ice Age and Robots. If Epic lives up to those standards we are in for a treat.
+ Based on recent trailers, the voice talent involved is alone something worth watching the film for: Jason Sudeikis, Steven Tyler, Beyoncé and Pitbull.
– Written by the team of writers behind Failure to Launch and Get Smart. Hopefully they have upped their game for this one.

+ Screenwriter/Director Justin Zackham ruled back in 2007 with The Bucket List so hopefully he’s back on top form here.
+ Four Oscar winning lead actors – Diane Keaton, Susan Sarandon, Robert De Niro and Robin Williams.
– The movie did nowhere near as well as hoped at the US Box Office following its release last week.

+ From acclaimed Director Ryuhei Kitamura who brought us Vinnie Jones as a lean mean killing machine in The Midnight Meat Train.
+ Based on the trailer it looks like we are in for a brilliant mixture of well constructed, gruesome set kill sequences and all-out-action.
– Another WWE produced film. Let’s hope this time next month we can say WWE are producing some fine action/horror movies.

Watch the No One Lives Trailer

+ Our most anticipated horror movie this month. Particularly as Ethan Hawke makes a welcome return to the genre following the brilliant Sinister.
+ An extremely bizarre yet genuinely intriguing concept. If you could commit any crime you wanted without having to face the consequences, what would you do?
+ Written and directed by the screenwriter of previous Ethan Hawke action/thriller Assault on Precinct 13 which was excellent.

Watch the The Purge Trailer