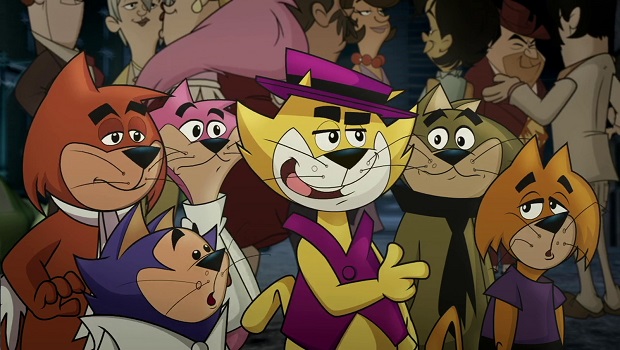 Based on the classic 1960’s Hanna-Barbara cartoon, Top Cat 3D stars Jason Harris as the streetwise alleycat, and follows the adventures of his feline gang as they face a strict new police chief.  The animation is slick and colourful, the characters are all instantly recognisable (my favourite has to be Brains, who must have been named by mistake), and the trailer is fast and funny, full of cool retro sound effects and bonkers jokes.  I’m looking forward to it – OK TC?