Trailer: Get Lucky in Cinemas August 9 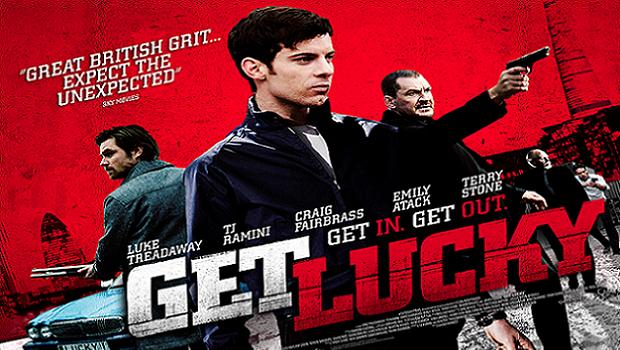 The criminal action thriller Get Lucky will be released in cinemas in the UK on 9th August 2013 starring Luke Treadaway (Curious Incident of the Dog in the Night Time), James Cosmo (Game of Thrones), and Emily Atack (The Inbetweeners).

The film follows brothers Lucky (Luke Treadaway) and Raphael (T J Ramini) who have always lived life on the wrong side of the law. Following a botched job, Lucky finds himself up to his ears in debt with local heavies, Sebastian (Craig Fairbrass) and Mr. Kramer (Terry Stone), leading him and his wayward brother to take on what will be the biggest heist for the two of them yet.

In a world full of betrayals and twists of fate, everyone appears to have their own ulterior motives, leaving the brothers unsure as to who they can really trust in the most important night of their lives.

Get Lucky is directed by Sacha Bennett (Outside Bet) and will also be available on Blu-ray & DVD on 26th August through Universal Pictures (UK).

We’ll leave you with the latest UK trailer for the film.