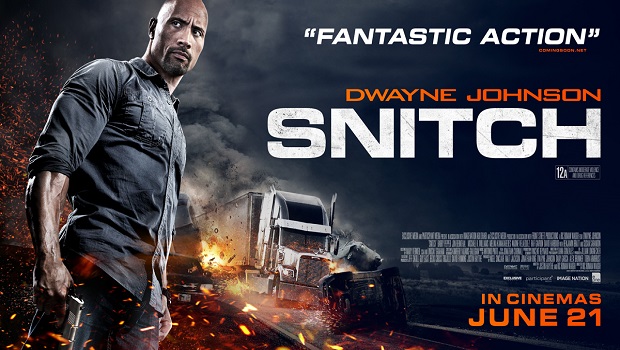 Dwayne Johnson is a busy chap isn’t he? So much so, it never ceases to amaze me how he manages to fit in gym time to pack on even more muscle mass for each action-packed flick. The adrenaine-fuelled action thriller, Snitch, is certainly no exception to the rule.

Dwayne (The Rock) Johnson plays the father of teenage son, found guilty of a crime he did not commit – drug distribution. With the son facing at least 10 years prison time, Johnson sets out to resuce his son, stopping at nothing. He strikes a deal with the U.S. attorney to become an undercover informant giving him the opportunity of infiltrating a drug cartel on a dangerous mission, putting at risk not only his own life but that of his family.

Snitch also features an all star cast including Susan Sarandon, Barry Pepper and Jon Bernthal. The film is directed by stuntman/writer/director Ric Roman Waugh (also responsible for the great little thriller Felon) and penned by Justin Haythe (Revolutionary Road and the upcoming The Lone Ranger).

We’ll leave you with the latest UK trailer for Snitch, which is released in cinemas on June 21st.