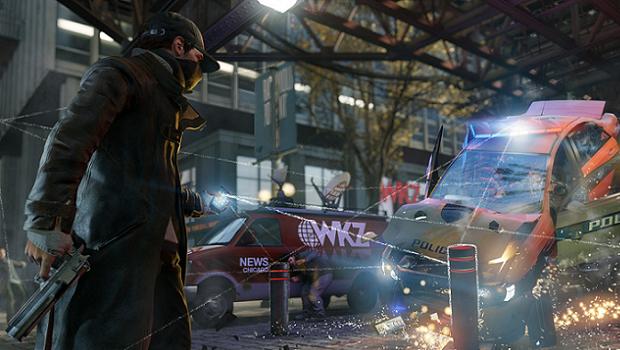 Yesterday we talked about Michael Bay and Ubisoft Motion Pictures joining forces to create a film franchise adaptation of the Ghost Recon game series and, without even time to bat an eyelid, the company have now announced the development of films based on the games Far Cry, Rabbids and the not-even-released-yet Watch_Dogs.

Further to comments made by the company’s CEO yesterday, Jean-Julien Baronnet has reaffirmed that Ubisoft Motion Pictures “will hire screenwriters, directors, cast and choose the production shingles and studios it wants to work with. Ubisoft will finance the development of the scripts.”

The idea of catapulting those beloved Rabbids onto the big screen has been common knowledge for quite some time but the other two titles have come as quite a surprise, particularly only 24 hours after the big announcement/confirmation of film versions of  Ghost Recon, Assassin’s Creed and Splinter Cell.

Hot on the heels of the highly successful Far Cry 3 game we are rather excited about a new adaptation of this franchise, despite the poor Uwe Boll attempt back in 2008. Regardless of whether the film is adapted from any of the trilogy or written as a spin-off story, we’re certainly going to be in for an all-out, bloody action film. We sincerely hope Gareth Evans is being considered for this one as we think he would be perfectly suited in the director’s chair.

It’s a bit more difficult to really know what audiences could expect with a Watch_Dogs movie as the first game isn’t even out in shops until November 2014. Having said that, based no gameplay and trailers seen so far, it certainly does look unique not only as a game but also as film material. We’ll leave you with the plot synopsis of Watch_Dogs and the latest “EXPOSED” trailer for the upcoming game:

“Set in Chicago, where a central network of computers connects everyone and everything, Watch_Dogs explores the impact of technology within our society. Using the city as your weapon, you will embark on a personal mission to inflict your own brand of justice.

You play as Aiden Pearce, a brilliant hacker and former thug, whose criminal past led to a violent family tragedy. While seeking justice for those events, you’ll monitor and hack those around you by manipulating the ctOS from the palm of your hand. You’ll access omnipresent security cameras, download personal information to locate a target, control traffic lights and public transportation to stop the enemy… and more.”