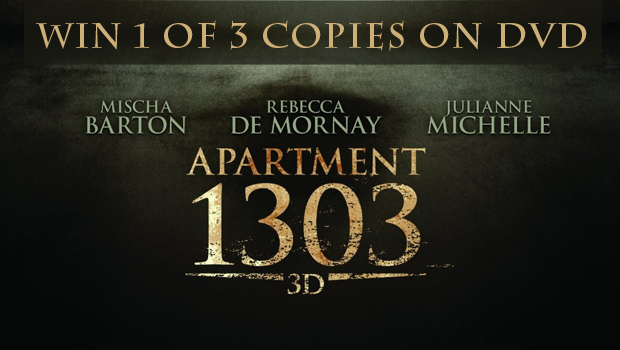 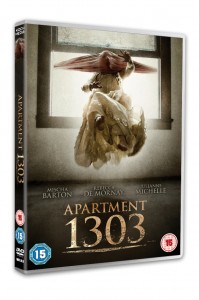 Starring Mischa Barton (The OC, The Sixth Sense) and Rebecca De Mornay (The Hand that Rocks the Cradle, Mother’s Day), APARTMENT 1303 is a new spine-tingling horror based on the much acclaimed J-horror film of the same name, which comes to DVD, 2D/3D Blu-ray and VOD on 3rd June. To mark it’s release, Cinema Sauce is giving away 3 copies on DVD! All you have to do is send in your answer to the question below. Be fast though as this competition ends on 9th June 2013!

Having grown up under the controlling grip of her fame-hungry mother, played by the excellent Rebecca De Mornay, Janet Slate (Julianne Michelle) takes the opportunity to move into what looks to be a great high-rise apartment in downtown Detroit. Despite the strange neighbours and the depraved building superintendent, Janet unpacks her things and celebrates her new freedom, only to wake in the morning with strange bruises on her neck. Determined not to return to her mother’s home, Janet stays in the apartment in spite of a series of inexplicable chilling encounters, until one night her boyfriend Mark finds her in the middle of the street, fallen from the balcony thirteen stories above. Refusing to accept the investigators conclusion of suicide, Janet’s sister Lara (Mischa Barton) becomes determined to reveal the truth behind her death. On learning the tragic story of the first tenants, Janet soon discovers the terrible reality of what happens in Apartment 1303…

To be in with a chance of winning, just answer this question: Mischa Barton starred in which classic teen drama?

Enter the competition below: