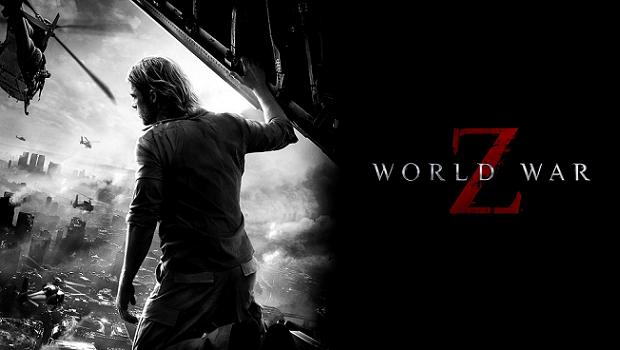 Back in 2005 there was a bidding war for a manuscript of what was set to be a hit novel. It was fought between Brad Pitt’s and Leonardo DiCaprio‘s production companies, constantly bidding and besting each other to get their hands on the rights to a book that hadn’t even been released yet. After a while, Brad Pitt’s company, Plan B, came out on top and now, after many years sitting in production limbo, World War Z will be released this summer. Unfortunately a lot of people are aware of this film based on its the production problems alone which have followed, plagued and wrongly sullied the name of the film.

Now there’s an air of cynicism over a giant $200m blockbuster film that has undergone public rewrites and reshoots leading people to be rife to scepticism. The thing is, this can be pretty normal practice in massive films because controlling such a vast cast and crew, whilst simultaneously insuring the highest quality script, is a difficult task for anyone.

Marc Forster is the lucky/unlucky man who has the task of orchestrating it all. Adapting Max Brooks‘ novel was always going to be a stiff challenge, considering it’s the follow up to The Zombie Survival Guide and that hasn’t been made yet. Originally, the story of World War Z is based around a UN interviewer travelling the world and listening to them recant their tales of what happened on the day the virus broke. It was layered heavily with social and political context and discussed the implications of a zombie outbreak as well as the horror involved. But the film has taken things down a different path being described by Max Brooks in an interview as “World War Z by name alone” but he’s not angry or disappointed. He has no opinion on it as he hasn’t seen it yet.

Instead, we follow Brad Pitt’s Gerry Lane on the day of the outbreak as he travels to try and find a cure. It looks to maintain some social and political context in the film too as we see them rescuing possessions and trying to define the boundaries of a country when there are bodies piling up. If you’ve watched the trailer – if you haven’t then do check it out below – you’ll notice the zombies are much different to George A. Romero‘s slow-walking, brainless cannibals and are a much more rapid, rabid creation that resembles Danny Boyle‘s 28 Days Later – although they’re not zombies but that’s another argument for another time. Intensity has been placed on swarms of zombies that attack ferociously and fearlessly as a lot more humanised creation.

Marc Forster was tasked with adapting the cult hit but with a budget of a blockbuster as well as an all-star cast. The film will feature Brad Pitt, James Badge Dale, Mireille Enos, Matthew Fox and David Morse which is a splendid collection of actors. Now, as the release date gets closer and Marc sits in post-production, tweaking and perfecting the movie, he gave up some of his scarce free time to chat with us briefly about World War Z and how the adaptation of the novel had to be so grand to become cinematic. Marc Forster is a talented man and if you were to check out a couple of his films, do so because Stranger Than Fiction and Monster’s Ball – which are miles away from World War Z and Quantum of Solace – are great flicks.

The World War Z book is the second in the series and it’s about a member of the UN interviewing people on their accounts of what happened during said war. How did the film progress from that story to the one on the day of the outbreak?

Well Brooks’ book sets the table for our film, but it’s more of a template as it’s not itself a standard linear narrative.  Adapting it into a cinematic narrative required expanding upon what is only hinted at and suggested in the novel.  We all felt that meant presenting what was going on in the rest of the world in real time, which would lend more tension and a greater sense of urgency.  Brad’s character, Gerry Lane, grounds the film, which was necessary as the story is on such a global scale.

The problems within the film have received a lot of publicity which has lead to a severe case of audience cynicism. This is something I personally don’t understand as loads of films have had troubled productions. Can you assure the audience that the problems don’t necessarily mean a problematic film?

All those reporters have not seen the movie, and chose to concentrate on the process, somewhat misleadingly I will say, which as everyone in the business knows, is besides the point in the end when a movie works.  Every production of this scale has its issues; there are a lot of moving parts to films of this size and complexity, but add to the mix a cast of thousands, numerous locations all over the globe, and visual effects of this calibre, you run into a few bumps in the road. However, we solved them, and arrived at where we wanted to be all along with a terrific film.

What made the film end up only a 12A? Zombies have been associated with violence and gore so why the more tamed aspect of it? Are you focusing on the more political side like the books?

World War Z is more of a horror thriller on an epic scale. In that sense, it has less gore and more intensity.

George A. Romero’s zombies dealt with consumerism in Dawn of the Dead hence their slow movement but with this, you’ve got sprinting zombies that climb each other. Why did you choose to make your zombies this particular way? We’ve still not had a close-up of them in the trailer.

Since childhood, I have always been fascinated by animal swarms and flocks. So my intent on World War Z was to base everything on biology. I could finally implement my swarm fascination into a powerful visual, like a Tsunami of Zombies.  The Tsunami would be the perfect metaphor for overpopulation and us as a species – going after our last resources.  The other two most important elements were once bitten, how would they turn and the make-up/look itself. I based the turn on cases of epilepsy and seizures and once they begin turning into a Z, the veins start to pop and reveal themselves.

Zombie movies have always been popular during a time of change.  They have survived the decades because each new generation can find something to relate to in the notion that a large section of the populace is unresponsive to reality, to logic.

You seem to breeze effortlessly from genres. Monster’s Ball is such a hard-hitting drama about racism in America and then Stranger Than Fiction is a lighter more comedic film – one of my favourite films. What tends to draw you to a certain project?

There is no particular recipe for that.  It’s more about intuition, topics, and characters I respond to at a certain time, which usually are reflections and mirrors to my personal interests and current life experiences.

World War Z is unleashed in the UK on June 21. Not long to wait now and here’s the trailer to keep you even more impatient to see it.