DiCaprio Gets Himself Arrested in The Wolf of Wall Street Trailer 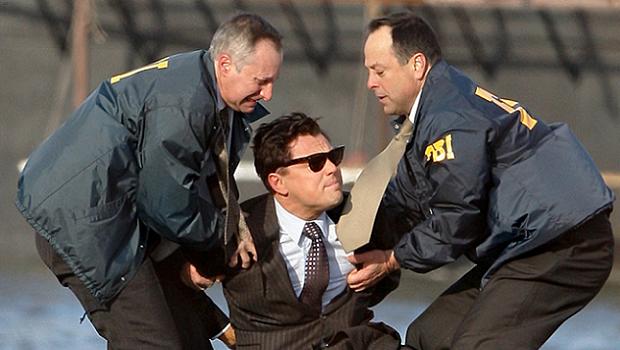 We know how hard it is to clamber out of bed first thing on a Monday but we’re sure this will help drag your feet out from under that duvet. Paramount Pictures have kindly released a first-look teaser trailer for the fifth Scorsese/DiCaprio collaboration, THE WOLF OF WALL STREET.

Shooting for the film began in August of last year with Martin Scorsese directing Leonardo DiCaprio alongside a stellar ensemble cast including the likes of Jonah Hill, Matthew McConaughey, Jon Favreau and fast becoming the Hollywood hot property, Jon Bernthal. Terence Winter (The Sopranos) penned the screenplay based on the bestselling autobiography of Jordan Belfort, a drug-addicted stockbroker who became a millionaire at the tender age of 26 only to find himself serving a 22-month prison sentence a mere ten years later for security fraud and money laundering.

The Wolf of Wall Street is slated for a 17th January 2014 UK release and we’ll leave you with the aforementioned first-look trailer: