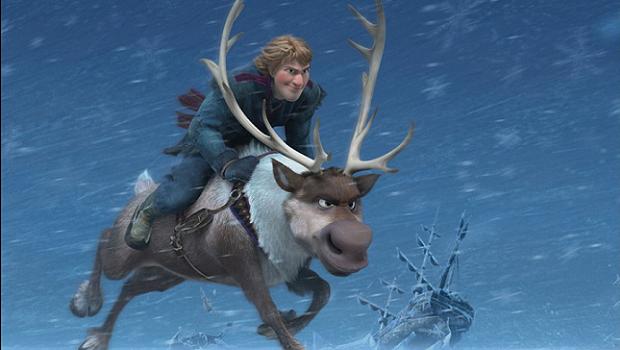 Business as usual from Disney as they return with a very classy trailer showcasing a superb new character in the form of a sneezing snowman.  This piece is told entirely visually and is great fun, ending with a fabulous joke.  If this charming trailer is anything to go by, Frozen (not to be confused with Adam Green’s not-so-family-friendly film of the same name) should be a wonderfully warm film.

Here’s the plot synopsis of the film. Let us know your expectations in the comments section below.

Fearless optimist Anna (Kristen Bell) sets off on an epic journey – teaming up with rugged mountain man Kristoff (Jonathan Groff) and his loyal reindeer Sven (Tom Kane) – to find her sister Elsa (Idina Menzel), whose icy powers have trapped the kingdom of Arendelle in eternal winter. Encountering Everest-like conditions and mystical trolls, Anna and Kristoff battle the elements in a race to save the kingdom.  Chris Buck (Surf’s Up) and Jennifer Lee (Wreck-It Ralph) get behind the camera for this animated comedy-adventure, set for a festive 3D UK release on 6th December.

We’ll leave you with the first-look trailer and be sure to head over to the official Facebook page for exclusive images and details.