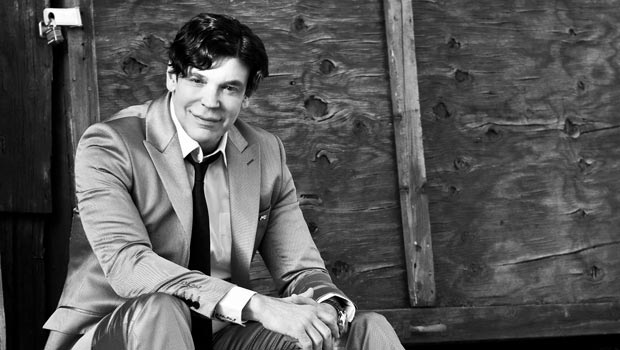 This coming-of-age musical features an ensemble cast with Christian Serratos, Ross Thomas, Eric Roberts and Rachele Brooke Smith. The company was set up by entertainment entrepreneur George Caceres in 2005, initially intending to produce advertisements in the US, Canada and the United Kingdom. George, renowned for his relentlessness expanded the company moving on to produce events and finance television shows and films. We managed to get George on the phone to speak to us about his hopes and expectations for the first feature film with Estilo Productions and what he and the company have in store for us for the very near future.

I believe you started your career as a Speedo model.

Oh my gosh! So you want to go that far back?

Well, basically I’m relentless when I want something and I was drawn to the entertainment industry from a very young age. When I was modelling I wasn’t happy as I just felt like another number. After that I decided to go to film school and went on to directing for a good many years. I also dabbled in various things in the film industry. I dabbled in a bit of fitness, creating the very first fitness video. This kind of stuff turns me on – to be innovative and do something out of the ordinary. At one stage I had fourteen kids acting schools which were all about getting youngsters involved and becoming better people. We taught them all about public speaking so they can get somewhere in life. I drew up a philosophy that when you are young, if you can’t speak in front of people you are going to limit yourself.

Would you say your motivation to motivate kids is based on difficulties you encountered as a child yourself?

Definitely. When I was young I would have liked to have had me around. I would have made a lot more right turns rather than left ones. Ultimately it led me to have this huge passion for guidance.

So you have set up The George Caceres Foundation which runs along the aforementioned lines. Tell us a little more about this project.

This is designed to help troubled kids in the arts. Through epiphanies I decided to bring poeple such as Disney stars to meet these children so they could actually touch and feel them in an effort to make things feel both reachable and achievable. I really believe that the younger you have an epiphany, the quicker you can change your life.

Obviously there is far more rejection then there is acceptance in this business. How do you prepare youngsters to maintain their determination regardless of the number of rejections?

Ultimately, the industry is as you make it. You have to have a very secure foundation within yourself so we set kids up to think like this and look at rejection simply as experience. I mean, I’ve probably had at least a dozen rejections myself just today but we all just have to keep on striving.

So although you had fourteen different schools at one stage, the only one you have kept is the CTA conservatory in London. What’s so special to you about the talent there?

Well there are two main reasons really. Firstly, London is my favourite city in the world so it’s the perfect excuse to travel over there. Other than that I think British talent is extraordinary. I don’t know if there is something in the water but I guess it’s in the culture. Kids start performing at a very young age at school and everyone is just so passionate and take their craft so seriously.

So, coming to the present, you recently appeared in Rockstar Academy and your upcoming movie Pop Star certainly seems like a natural progression as it appears to show kids the ins and the outs of the industry. Was that your intention with both projects?

The answer to that would be yes and no. Pop Star was actually written before Rockstar Academy but I’ve always been attracted to music – probably because I can’t sing a note! Music moves your soul so I also have a record label with a partner for Universal and that’s basically why Rockstar Academy was developed.

I learned a lot because I certainly had a lot of misconceptions about the music industry and the fact is that nowadays success has nothing to do with your voice artistry whatsoever. You’ve got to know how to market yourself. So Rockstar Academy was all about showing contestants how to succeed in the music business.

Pop Star features all original music by Adam H. Hurtsfield (American Mary/Rockstar Academy) and it’s the story of an amazing girl who is a singer and falls for a shady producer. He turns this socialite more famous than she should be and the film follows her on a journey to reclaim her voice and find her identity.

I do actually have a couple more movies in the works write now and as is the case with Pop Star they all have something to say. The film certainly has that depth to it. I always want to give people something to really chew on and take on in their life. 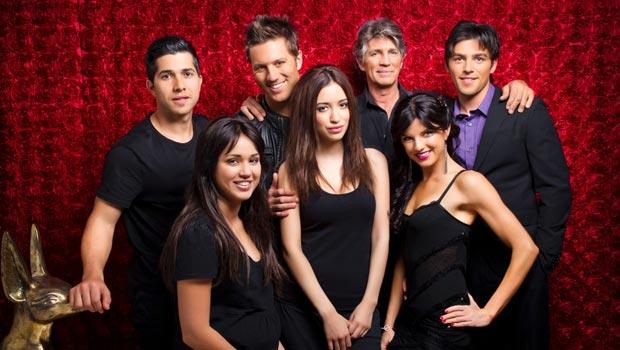 So Pop Star was written by Carlos Portugal. Did he actually have the lead characters in mind when writing the story and was it based on actual events at all?

Carlos and myself came up with the story with some help from a few other writers. We had already thought of Christian Serratos (The Twilight Saga) as Roxie so I was thrilled when she loved the script and decided to join the cast. It was the same case with Eric Roberts. I thought he would be great as the restaurant manager and he brought so much more to the character than we ever imagined.

You mentioned two other projects on the go. I know one is Wallflower…

Yes, you’re absolutely right. That’s a high school football film and we’re currently making offers to A-list celebrities so that is a much bigger budgeted film that we’re really excited about.

I believe you have the excellent TV writer/director Matt Dearborn involved for that one too.

That’s right. It’s great to have this Emmy award winning writer/director on board. He has been involved in so many amazing shows such as Even Stevens and Beverly Hills 90210. He’s a brilliant writer and producer and this will actually be his directorial début which is really phenomenal.

With Wallflower we hope to hit a more mature audience compared to Pop Star as most of the cast are older. I’m moving up about 5 years with this one. I’d say that apart from the two leading kids in the movie the best part of the cast are in their thirties and forties.

Absolutely. I’m actually working on a murder mystery right now which is very Hitchcockian in nature.

So what else have you got in line outside your film projects?

Well, recently I’ve also become a record promoter of sorts. I’m currently taking Disney stars on the road for various concerts. Right now I’m working on a very big concert in Dubai which will be in August and we have a big A-list headliner for that one.

Apart from that I’m also really excited to be releasing a book called “The George Caceres Millionaire Method: 10 Steps to Becoming a Millionaire.” I have a very unique way of looking at both money and success and how to achieve it. Hopefully that will be released this autumn. To give you a rough idea of what to expect I think it is what you’d get if you mix a bit of Anthony Robbins with a splash of Donald Trump…

We’d like to thank George for taking time out to speak with us and we encourage you to catch Pop Star which will be broadcast on Lifetime Movie Network. We’ll leave you with the promotional trailer for the film.