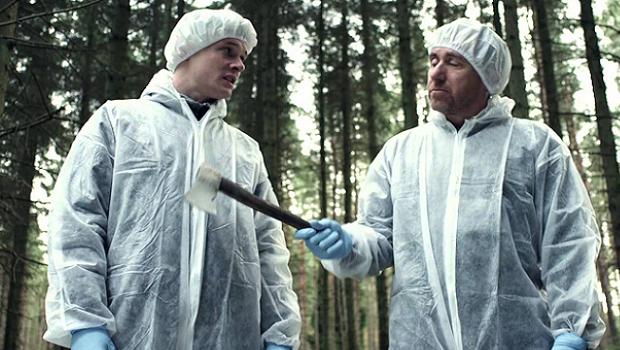 Following Director Craig Viveiros‘ debut feature, Ghosted, offering an unflinching vision of British inmates, his second film, The Liability, starring Tim Roth and a host of other impressive British talent sees its UK launch today, May 17. Although still set in a dark, criminal world, The Liability provides much more comic relief than Viveiros’ previous outing as he sets out to portray a violent and tense yet humoursome relationship between Roy (Roth), a veteran hitman, who is unwillingly teamed up with a naive young driver, Adam (Jack O’Connell) as they set off on what was supposed to be a simple hit. Craig kindly shared some time with us to discuss the whole process involved in the creation of the film. He also has more than a few projects in the pipeline, both in the UK and abroad, so he certainly looks like a director to keep your eyes peeled for.

So you wrote and directed your previous feature film, Ghosted, yet this time you are directing someone else’s script although, to me, the style is very you. How did this project reach your hands?

Well, basically there was a screening of my previous film at BAFTA in London and some producers approached me after watching that as they thought I would be perfect for a project they had called The Liability, written by John Wrathall. I took a look at the project and pretty much there and then knew there was promise in the script. I got back to the producers and said I was interested but that I wanted to do a bit of a rewrite as the characters were on their way but I wanted to inject a few things into them, add some extra plot and also locations.

They were very happy with me adding my ideas to the plot and it went from there really. 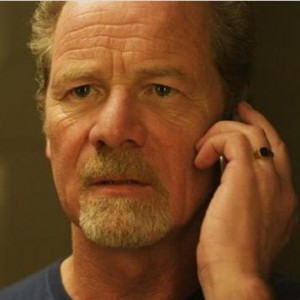 So, although the characters were not originally your creations, who was it that decided on the cast? Did the original writer have an idea who he wanted prior to your involvement?

Well, after I rewrote the script I did suggest a few actors and Peter Mullan and Tim Roth actually had the same agent as John Lynch, the lead actor in Ghosted. Thankfully, as soon as Peter and Tim heard I was preparing a script they were very keen to get involved.

Tim had already played a hitman, Myron, back in 1984’s The Hit. Did you find he brought a lot of ideas on how to play his role or was he keen to see what vision you had for this character?

To be honest, we talked about it and there was no head butting between us at all. Basically, we both agreed that Tim had to play this killing force who is constantly dealing with his own demons throughout the film so it was very easy to collaborate with him.

Well, basically the two films do kind of share a lot of common themes. I mean, the older characters in both films start of as these fatherly figures. There is a distance at first but as the films play out this strong bond is built with the younger characters.

It was really great for me to get a carte blanche so that I could add a bit more to the characters and give them a bit more body. I wanted to build up a stronger relationship between the Adam and Roy characters as I wanted this to be the backbone of the film to carry it all along.

The two films are very crime oriented too. Is that where you feel most at home?

Not at all. I’m a complete film buff and have a love for all genres. Like I say, what makes a film a great film, for me, is when it is driven along by the complex chemistries between the different characters. If you look at The Liability, this isn’t your typical action movie with 3 guys running about shooting people. What gets the film ticking is Tim Roth’s character who is dealing with how mundane he finds his day to day living as a hitman. The way you get to see him coping with this profession is key to the success of the film and also where the comedy element lies. 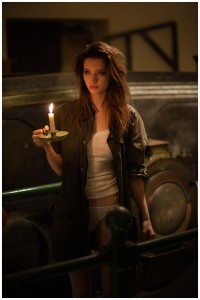 You mention the comedy element but at the same time the film does delve, albeit briefly, into the world of sex trafficking. Audiences are certainly becoming easier to offend and more sensitive so you surely must have gone into this subject matter with a great deal of care.

Sure, but as you say, there is quite an element of comedy to the film so I chose not to make too much of a big deal about sex trafficking in the film. Obviously it is a subject that mustn’t be treated lightly so we had to make this a very vague sub-plot otherwise if we had gone into it any further we would have had to explore it a lot further and I didn’t want to do it a disservice.

You have been donned as the next Guy Ritchie. Is that something you’d agree with or do you prefer not to be compared to another director?

Oh, I love what Guy Ritchie does but I honestly wasn’t really trying to go for anything in particular and wasn’t trying to create films thinking of his style. It’s nice to be compared to talent such as him but I really wasn’t setting out to create films to earn those kind of compliments.

So you say you love all genres and for you the characters and their relationships are what make a film. What can we expect from you next then? Will we still be getting more crime stories or are you already looking towards test running new material and genres?

At the moment I am writing a couple of scripts. One of these is a dark thriller which is set in London. It deals with the story of a young man who finds himself trying to escape a conspiracy that surrounds him.

The other one I’m doing is quite a change. It is a science fiction epic about economic downfall in the future and relates how people deal with this situation.

I’m also working on a few American projects too but those are not projects I have written myself so I have quite a few things to look forward to.

So you’re working on writing your own material but also directing other people’s scripts. Directing you own scripts I imagine is less of a daunting experience as you must feel a lot freer to choose how to go about filming than if you are working based on someone else’s script.

Well I’ve never really seen it like that to be honest. You have to look at every project with the same passion even if it is not your own script. At the end of the day, every script you turn into a film is essentially your baby in the end and if that isn’t the case then I think you are making the film for the wrong reasons.

The Liability is released in the UK today, May 17th and gets a DVD and Blu-ray release on May 27th. That’s no excuse to miss out and we highly recommend you catch Craig’s previous film, Ghosted, if you haven’t already seen it. We’ll leave you with the trailer for The Liability which we’re sure will whet your appetite.