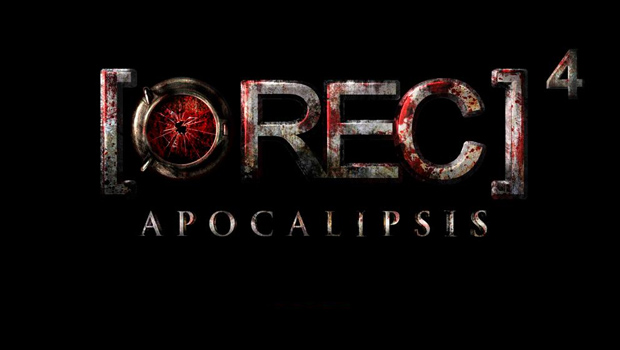 Spanish Director and Screenwriter Jaume Balaguero is perched atop of many die hard zombie fans’ best of lists thanks to his chaotic take on the genre with the REC trilogy. Those unfamiliar with him may however be aware of a movie called Quarantine, the American remake of the original REC film, starring Dexter‘s Jennifer Carpenter. Most recently Jaume directed a film that is just as dark as the REC franchise but in a totally different tone. Sleep Tight is now available on DVD in the UK and is an excellent old-school throwback movie telling the tale of the twisted mind of an even more twisted janitor.

Jaume was kind enough to have a chat with me to discuss Sleep Tight but I managed to draw some blood from a stone as he was able to give me the odd detail as to what we can expect from the next entry in the REC series, REC 4: Apocalypse and another English scripted project he has in the works. Here’s what he had to say for himself.

So your most recent film was Sleep Tight which you directed, starring Luis Tosar. It keeps the you on the edge of your seat right to the very end but is certainly much more of a slow burner affair compared to the REC trilogy. What drove you to change gear with this one?

Well yes, the REC films have certainly been more chaotic and aggressive but I guess those stories required that take and at the end of the day REC isn’t my own personal series, so to speak. It’s not the only way that I like to tell stories. I mean, if you look back at the things I did before REC like Darkness and The Nameless they were certainly also very different too.

So you got involved with screenwriter Alberto Marini again. Did you come up with the idea for the script together or did he come to you with a finished product?

Yes, I mean he was the Executive Producer for all three REC films and I worked on To Let with him for TV roughly five years ago. He just gave me this script to read as a friend for my input and I liked it so much I said that I would love to direct it and that’s what happened.

And do you know if Alberto already had the actor, Luis Tosar, in mind when he was writing the script at all?

Well actually the whole film was originally set in New York with American actors and everything. At the last minute I decided against shooting the film over there because my son had just been born and I didn’t feel it was the right time to leave so we ended up shooting it in Spain.

You have done a fair few films with English speaking actors such as Darkness and Fragile although that was quite a while back. I understand that you came up with the idea for an future film starring Joseph Fiennes called The Unholy. Are you still attached to that project at all?

Well no not now. We basically came up with a fairly complete idea for a film but we never had any intention to direct it or anything. Basically it got picked up in the US and they are producing it now and we haven’t really got anything to do with it.

But although you aren’t involved with that anymore, will we see you doing anything else in the US in the near future?

Absolutely. It all depends on the projects that come along though really. Basically, the reason why I haven’t done anything over there was because the first REC was here in Spain so the second and third kind of had to carry on locally. Having said that, once we’ve completed REC 4 we will be preparing a project in Engish for 2014. It’s already been written by Spanish screenwriters but it’s in English but I can’t really tell you anything more about that just yet.

That’s a shame but I’m hoping you can tell me a bit about REC 4 which I believe is set to be released this year.

Well, unfortunately production has been delayed slightly and we will start filming in July now so it will most likely be released mid 2014. At the moment we are just finishing the casting process and the script is all ready to go.

Talking of the cast, I hear that Manuela Velasco, who played the lead role as the reporter, Angela, will be back. Is that so, and how much of a role will she have?

Yes. That’s official now. She’s coming back and she will in fact be playing the lead role once again so we’re really looking forward to that.

I’ve also heard that you will be bringing back the feel of the first two films rather than the more comedic approach to REC 3. Why did you decide to go back to the previous mood? Were you less satisfied with the result of the last film?

No, not at all. Paco Plazas directed REC 3 so it is just a case that he left his mark on that film with a lot more touches of comedy whereas I’m directing REC 4 and really want to do an all-out horror movie as I think the story needs to be told that way.

Something I’ve always wanted to ask is if you have seen the American remake, Quarantine, and also Quarantine 2, the latter of which told a completely new story? How did you feel about both of these?

I haven’t actually seen the second one to be honest and I only found out about that one on the internet like everyone else.

With regards to the first Quarantine, which was the same story, it’s very difficult for me to judge that just because of the fact it is a remake of something that I originally made. For that reason alone, it is very difficult to comment on it objectively. It was a strange feeling though because I felt honoured that a remake was made yet at the same time wasn’t very happy that it got the remake treatment. It’s a difficult sensation to describe.

Although I haven’t seen the Quarantine sequel, I was glad that the Americans chose a different name for the films rather than using REC and also that the second film told a different story as I didn’t really want carbon copy remakes of all the REC films.

As a final question, you also made quite a few shorts in your early years. Short film compilations such as V/H/S and The ABCs of Death are becoming more and more popular. Have you ever considered or been offered a similar project?

Well the truth is that we have been offered this type of thing on numerous occasions, both in Spain and internationally. The only reason we haven’t got round to doing one yet is because the timing was never right but we would certainly love to get involved in something like that at some stage. Some ideas come to me and I think “Right. This is the kind of story that would need telling in say 15 or 30 minutes rather than 90 minutes” so I would certainly love to be able to tell a few more short stories soon.

The first three REC films are all available to purchase on DVD in the UK along with Sleep Tight. We’ll keep you updated if Jaume can reveal any more details regarding REC 4 in the near future. We’ll leave you with a teaser trailer for REC 4 Apocalypse.